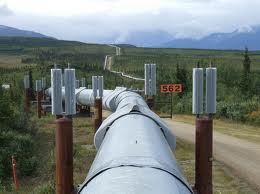 A solid majority of Americans are in favor of building the Keystone XL oil pipeline, according to a Gallup poll released Thursday.

Earlier this year, the Obama administration rejected a cross-border permit for the project that would carry oil from Alberta’s oil sands to Gulf Coast refineries. At the time, the White House argued that Republicans imposed an arbitrary deadline on the decision that prevented the project from being properly investigated.

But Republicans and some oil-company executives argue that the administration is kowtowing to the environmental faction of its party, and that its burdensome regulations and push for green energy have contributed to rising gas prices.

According to the Gallup poll, the Keystone project is favored by voters in all political parties.

Fifty-one percent of independents said they favor the project, while 35 percent said they are opposed. And even a plurality of Democrats, 44 percent, said they support the pipeline, versus 38 percent who are opposed.

The project has the most support among Republicans, with 81 percent saying they approve.

There are signs that the administration has softened its approach to the project and changed its message on energy production to counter GOP criticism.

The White House says it supports construction of the pipeline from Oklahoma to Texas, the southern portion of the Keystone project, and Obama will issue an executive order on Thursday on “Improving Performance of Federal Permitting and Review of Infrastructure Projects” that “will require agencies to make faster permitting and review decisions for vital infrastructure projects while protecting the health and vitality of local communities and the environment.”

On Wednesday, the president gave a speech from a New Mexico oil field, in which he vowed to drill “everywhere we can.”

“If you hear anybody on TV saying that somehow we are against drilling for oil, then you will know that they either don’t know what they are talking about or they are not telling you the truth,” Obama said. “We are drilling all over the place.”