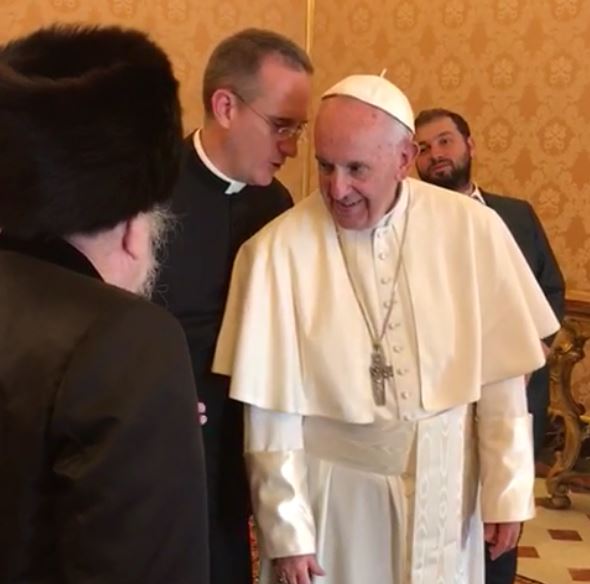 A delegation led by Rabbi Chaim Boruch (Edgar) Gluck visited the Vatican on Monday, and received a 45 minute private meeting with the Pope.

Rabbi Gluck who resides in Boro Park and is known for his Askanus in Klal Yisroel for the past 50 years, also serves as the Chief Rabbi of Galicia. Around a year ago, the Pope visited Krakow, and Rabbi Gluck had a private meeting with him where he brought up the destruction of Jewish cemeteries around Europe and other places in the world. The Pope said he would get involved and try and help him, and invited Rabbi Gluck to continue their conversation in the Vatican.

Rabbi Gluck was joined by his son, Zvi, the founder and Director of Amudim – an organization dedicated to helping abuse victims and those suffering with addiction within the Jewish community, as well as another Rabbi and other people.

In an exclusive interview with YWN, Zvi said that most of the meeting focused on the desecration of the cemeteries – with the Pope pledging to enact stronger rules against destroying Jewish cemeteries to build roads or homes etc. Additionally, the group spoke about the need to create better unity between religious groups; and finally, the issue of abuse was brought up to which the Pope responded over and over “zero tolerance, zero tolerance”.

This isn’t the first Pope that had a relationship with Rabbi Gluck. The previous Pope did tremendous favors behind the scenes at the request of Rabbi Gluck. Speculation is that the previous Pope was Polish, and went out of his way to be nice to Jews in response to the atrocities of the Holocaust.

It is interesting to note, that in 2014 the Chief Rabbis of Israel met with the Pope, with haRav Yitzchak Yosef wearing a golden necklace around his neck that had the Luchos on it. At the time, YWN published the reason for this, and related that it was an inheritance from his father, Maran Hagaon HaRav Ovadia Yosef ZATZAL – who himself wore that golden Luchos when he met with previous Popes.

A further in depth article with additional details be published later. 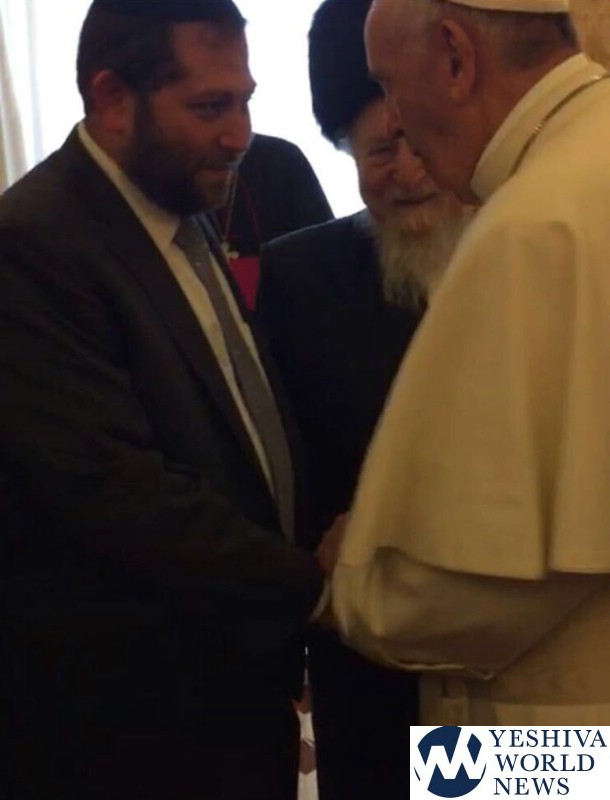 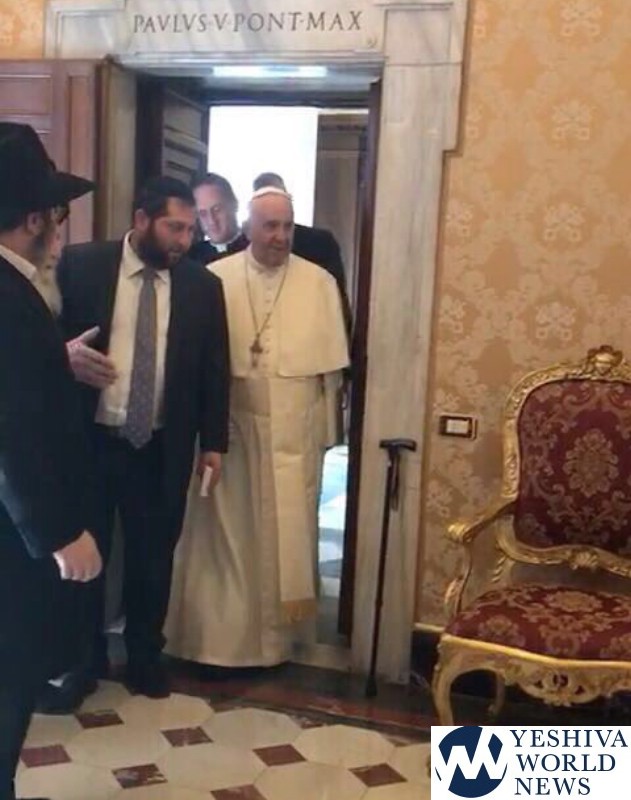 “Zero tolerance" Said Pope Francis, “We need to keep kids safe" to myself, my father and members of delegation, at meeting in the Vatican pic.twitter.com/RWHlFIv7ob