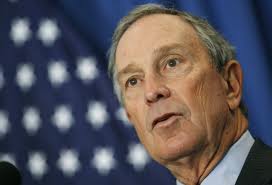 New Yorkers got a closer look at the extent of Mayor Michael Bloomberg’s fortune Friday as the billionaire’s financial documents were released. As it does every year, the mayor’s office released heavily redacted tax returns and other financial disclosure documents to the press.

Reporters were invited to view them at the office of the mayor’s accountant in Midtown.

He purchased a home in North Salem, New York. In fact, it is his second property in the Westchester town. He bought a place in Southampton as well last year, but the purchase of that Long Island property had been previously reported.

The mayor also helped out his ex-wife, Susan Bloomberg, in 2011.

As for the mayor’s tax documents, they are quite voluminous but do not say much. Unlike President Barack Obama and Mitt Romney, the mayor put out redacted tax forms with letters indicating an amount range instead of hard numbers.

The mayor’s press secretary says the version shared with the press is designed to protect the mayor’s financial services and media company, Bloomberg LP.

“By showing all the information down to a single dollar – it would signal, it could signal what type of products his company is considering investing in,” said Bloomberg Press Secretary Stu Loeser.

It’s unclear what the mayor’s tax bill comes to in total, but it is known – for instance – that he paid over half a million dollars in real estate taxes in 2011. The taxes on his personal employees for that year are somewhere between $250,000 and $500,000.

The mayor’s press secretary touted the fact that the mayor is taxed at a nearly 35 percent tax rate. However, that rate is only what he would pay before taking into account his charitable contributions – of which there are many.