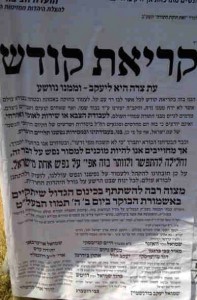 The Monday morning sunrise protest against drafting chareidim into the IDF organized by the Eida Chareidis calls on women and children to participate as well, to arrive at Avodas Yisrael Street at 04:45 while men will gather at Kikar Shabbos.