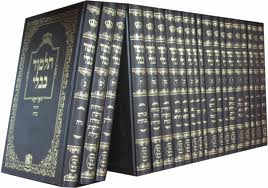 The starting price for volumes of Shas Bavli and Yerushalmi with handwritten notes from the Vilna Gaon offered for sale is $500,000. The sale offered by the Kedma Company includes mesechtos Rosh Hashanah, Taanis, Yoma, Sukka, and Megilah, as well as Talmud Yerushalmi Meseches Shekalim.

Editions containing the Gra’s notes were reprinted in 1880-1886 but according to the seller, the volumes for sale do not include all the notes from the Gra or those that were printed were amended. The volumes being offered for sale are from those with the Gra’s original comments, and these comments have been lost over the years.

The deal is accompanied by a letter of “enthusiastic acceptance” by HaGaon HaRav Shmuel Auerbach Shlita.

Chadrei Chareidim reports that according to handwriting expert “HaRav Aaron”, despite the enthusiasm of Rav Auerbach, the letter does not represent manuscript that is a major revelation.

Rav Aaron is quoted as saying that to the best of his knowledge, there is nothing groundbreaking here and the notes appearing in the editions have been published over the years. Those that were not published were omitted as they were deemed insignificant.

Rav Aaron adds that when it was up for sale one of the interested parties decided to consult with HaGaon HaRav Shlomo Zalman Auerbach ZT”L before making a purchase and the late gadol inspected the gemara and did not find significant chidushim, discouraging him from buying it, stating simply “it’s an old gemara” and he did not see it worth the cost.

“If this is indeed the same volume that the gadol hador commented upon in the previous paragraph, the enthusiasm of the late gadol’s son is surprising, not to mention he may have been too quick to write the letter,” concludes Rav Aaron.