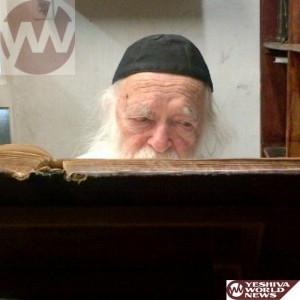 The rav warns of the possible blow to the yeshiva world, “the contamination of the pure flask of oil”.

“Watch out regarding your lives and your very existence for our very right to exist in Israel is from the merit of those bnei torah whose entire existence surrounds their studies. This was simple and clear to every Jew since becoming a nation the great dangers associated with tampering with their purity, the bnei yeshivos, and to chas v’sholom bring foreign thoughts to them.

Everyone is responsible to decry this and to support the bnei torah, not the opposite chas v’sholom ובנפשנו הדבר הזה…”