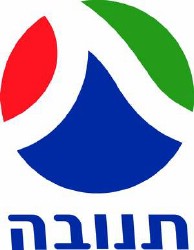 The recent report aired on Israel TV on the Kolbotek program documenting animal abuse in Tnuva’s Adom-Adom plan has led to a national and international response. In Israel, the hidden video showing cattle being prodded and beaten left many Israelis with a bad taste in their mouth, announcing they are not planning to continue buying the kosher beef from Tnuva’s state-of-the-art Beit Shean slaughterhouse in protest. Ironically, the Adom-Adom trademark is viewed as the highest quality kosher beef shechted in Israel, but the damaging report is not likely to boost support of shechita as a means of slaughter at this most controversial time when a number of countries have outlawed it, basing the decision on animal rights concerns.

Making things worse for Israel and Tnuva is the fact that Israel has signed on animal rights declarations in line with Australian law, for the cattle shechted in the Tnuva facility are imported from Australia.

Dr. Bidda Jones, a senior veterinarian at Australian animal rights organization RSPCA, said that the exposé’s footage showed a severe case of animal cruelty and violated the standards set by global animal health organization OIE, to which Israel had vowed to comply.

“The workers are deliberately inflicting pain on injured animals in order to get them to move,” she said in the report. “If this facility was in Australia the community would expect government to shut it down.”

In Israel, Israel Police along with the Ministry of Agriculture have launched an investigation.