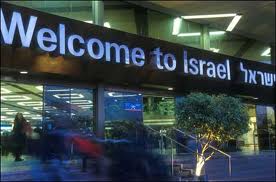 A Nazareth District Court has rejected a request to have a discrimination case viewed as a class action, challenging security inspection for Israeli Arab citizens at Ben-Gurion International Airport.

The court stated that for one thing, if one wishes to challenge the Shin Bet’s directive, one must present the guidelines as set forth for these inspections by the Shin Bet, which can only be addressed in the High Court of Justice.

In another similar case brought before the High Court, the court was told that in the coming year, 2013, changes in the security regulations regarding inspections are being implemented. The court agreed to place that case on hold pending the announced changes.

The court rejected the petitioner has a legitimate claim against El Al, Arikia and other airlines, pointing out they are compelled to operate in adherence to the regulations set forth by security agencies.