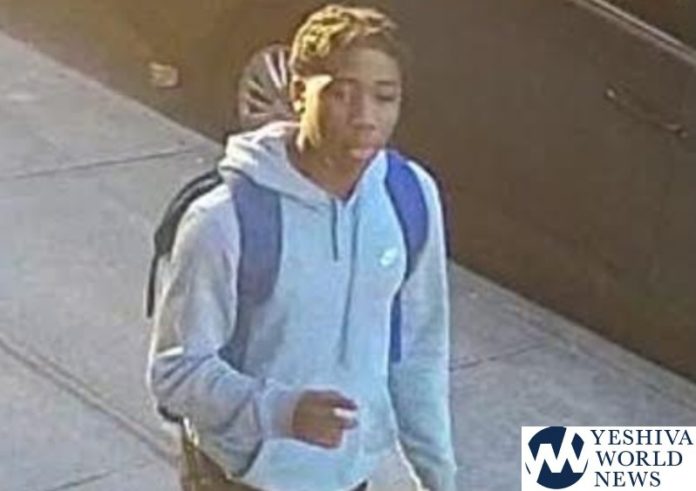 The NYPD Hate Crimes Task Force arrested the suspect wanted in Williamsburg for punching a Hasidic man in the face.

The suspect is 16 years old and is being processed by the NYPD 90 Precinct.

Sources tell YWN that Detectives learned the identify of the suspect a few days ago. He turned himself in early Wednesday morning.

As YWN reported, the suspect approached the victim walking at the intersection of Marcy Avenue and Rodney Street – in the heart of the Hasidic community – and punched him in the back of his head. The victim’s hat and yarmulka went flying, and before he could turn around, the attacker fled. There were no words exchanged.

Kudos to the @NYPDHateCrimes & @NYPDDetectives. An arrest was just made for the vicious hate crime which accrued last week on the streets of Willamsburg. It’s a 16 year old who is being processed at the @NYPD90Pct. You could run you could hide @NYPDnews will always catch you.

The NYPD is still looking for the suspects wanted in another hate crime, where a Hasidic man was punched in the face on Shabbos.

As YWN reported, a Hasidic man wearing his Shtreimel and Bekeshe was walking on Broadway near Lynch Street, when he was confronted by a group of thugs. Without saying a word, one of the men walked up to the victim and punched him in the face. Another suspect added some anti-Semitic slurs at the man including “you (expletive removed) Jew!” and “we hate Jews”.

No arrests were made in that incident.

Anyone with information in regards to either of these incidents is asked to call Crime stoppers at 1-800-577-TIPS (8477) and WSPU at 718-237-0202. The public can also submit their tips by logging onto the Crime stoppers website at WWW.NYPDCRIMESTOPPERS.COM or by texting their tips to 274637 (CRIMES) then enter TIP577.