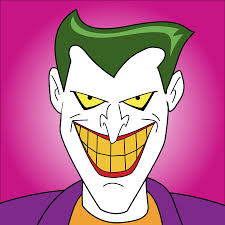 Finally, finally, they got the founder of ISIS.  A vicious, evil man by all accounts, Abu Bakr al-Baghdadi got his just desserts in a remarkable surgical military operation by America’s elite forces.  The president mentioned that Baghdadi will have to now give an account before G-d.

The story was posted on the major Jewish websites, but some people posed the following question:  “How can a Torah website post a picture of a Rasha?  Don’t Chazal tell us, ‘asur lehistakel bipnei rasha’?”

So what is the answer?  Can a Torah website post a picture of al-Baghdadi?  Is it clearly forbidden?  Is it entirely permitted?  Or is it a machlokes?  Also, what is the source and the reason for this prohibition?  And also, if it is a prohibition, then why does the Shulchan Aruch not cite it?

And does it matter or not if one briefly glances at the picture?

One woman who glanced at the photo (the websites all had the same picture) remarked, “I don’t think I could recognize him.  He just looks like a mess.  Long hair, fat, and shlubby and unkempt.”

The Gemorah in Megilah explains that Rebbe once inquired of Rabbi Yehoshua Ben Karcha as to how he merited to long life.  He said that he had never looked upon the face of an evil-doer.  He quoted Rabbi Yochanan that it is forbidden to look at the face of a rasha.

It seems that the meforshim present three rationales for the prohibition.  The first is that there is a force of Tumah that is on the face of the evil-doer and looking at his face could actually draw out this Tumah toward this person.  This explanation seems to have been put forward by the Maharsha on the Gemorah and also author of the Kav HaYashar (chapter II).  Rav Elya Lopian zt”l (Lev Eliyahu – parshas Noach) also espouses this view.  Rabbi Yitzchok Meir Goldstein in his attributes this view to Rav Scheinberg zt”l as well as the mashgiach of Kamenetz, Rav Moshe Aharon Stern.

A second reason, suggested by Rabbeinu Yonah in his Shaarei Teshuvah (Shaar III #193) is that one can be influenced by the person and perhaps come to befriend him. This is also the view of the Meiri in Megillah.

The Maharsha provides another answer as explainedby the Pri Magadim in his sefer Rosh Yoseph.  Man was created in the Divine Image.  When and if he reduces himself to act in an evil fashion, it is tantamount to a disgrace of the Divine stamp, heaven forbid.  Thus looking at the face of a rasha is like seeing someone disgracing Hashem chalilah.

This author would like to suggest a fourth possible reason.  Chazal were aware that there is a certain percentage of the population that are rebellious and do things bedafka.  If society holds something to  be anathema – this small percentage would likely end up doing it.  It could very well be that Chazal were attempting to place logistical impediments to this small percentage of rebels in limiting their exposure to such people in the first place.  The fact that so many “moderate Muslims” gave up their western tolerance and became radicalized is an example of this underlying idea.

IS A PICTURE DIFFERENT?

When the sources discussed the prohibition, they were referring to the actual person.  They did not discuss a drawing or a picture.  The Poskim have actually discussed whether or not one can look at a picture.  Rav Azriel Auerbach shlita cited in a journal entitled BeNesivus Hahalacha (Tammuz 5772) distinguishes between real life and a picture and permits looking at a rasha through a picture.  In his work, Om Ani Choma (page 40), Rav Mordechai Gross, one of the leading Poskim in Eretz Yisroel, likewise permits looking at a photograph of a rasha.

A source sent me a quote that Halichos Chaim (2: 362 p. 171) cites Horav Chaim Kanievsky Shlit’a as answering that there is no prohibition in looking at the picture of a rasha.  Likewise, Rav Shlomo Miller was cited by that source permitting it.

Rav Nissim Karelitz zt”l, who just passed away this week, however, forbids it in his Chut Sheini (Vol. III page 260).

As an interesting aside, my parents, aleihem haShalom, went to see the captured Adolf Eichman y’mach shmo after he was captured and put on trial in Jerusalem.  While on trial, he was held in a glass cage.  Rav Mordechai Gross permits gazing upon a rasha in a glass cage.

QUESTION ON THE ORIGINAL SOURCE

One can pose an interesting question on the source of the halacha.  What is being added by Rabbi Yehoshua Ben Karcha exactly – above and beyond the quote of Rabbi Yochanan?

One possibility is that Rabbi Yochanan is speaking figuratively and that it is not a full-fledged halacha.  Rabbi Yehoshua Ben Karcha is thus adding that one should follow this advice, notwithstanding any social difficulties such an approach may have.  This would explain why the Shulchan Aruch does not quote the halacha.

DOES IT MATTER IF HE IS DEAD?

According to the reason espoused by Rabbeinu Yonah, it would seem that if his movement is also dead – then one would be able to look at him, because there is no concern that he will become a follower.  If, however, there is a developing neo-ISIS movement – then it would still apply.

There are Poskim who translate the word lehistakel as meaning “intensely gazing.”  There is a debate between Rav Moshe Feinstein and the view of the Bach regarding the exact meaning of this word when it comes to looking at women.  The Bach for bids it entirely, but Rav Feinstein permits looking but forbids gazing.  The Mogain Avrohom (OC 225:20) makes this point explicitly in regard to looking at a rasha and thus permits it if one does not gaze intensly.

WHY TO PLACE A PICTURE

There are two reasons in which a Jewish website would place a picture next to an article.  The first reason is to attract more people in reading it.  There is no question that a good picture attracts the attention of the reader.

There is another reason, however.  In the past few years there have been heart-wrenching incidents after heat-wrenching incidents – including the vicious murder of a Jewish journalist who attended IDC in Herzliya.  It gives chizuk to us seeing that this evil rasha is now dead.  If the picture helps us see the strict hand of justice more vividly, then that is a worthy endeavor.

It would seem that since there is a debate in halacha about the matter, and that there are so many other factors at play here – if there is reason to do it – then one may certainly follow the lenient view.  This is especially true since the Mogain Avrohom permits looking at the Rasha if one does not intensely gaze at him.  May we all merit to see the era of redemption of “ki saavir memsheles zadon min ha’aretz.”  We should also express our appreciation to our armed forces and the President of the United States for ridding the world of this Muslim Hitler, yimach shmo.