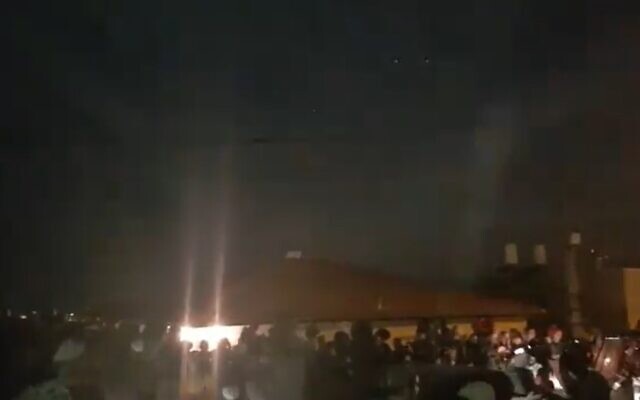 Violent clashes took place in the Yishuv of Yitzhar in Samaria between residents and security forces. During the clashes, some 15 people were reported injured, including one police officer.

The violence erupted after a large contingent of police and Border Police forces surrounded the home of one of the residents by the name of Neriah Zarog. Zarog had remained in his home in defiance of an administrative order that required him to leave the yishuv. Two months ago, the IDF issued the order that banished Zarog from entering or being present in the Yishuv for a period of three months due to actions that Zarog was found guilty of.

Local residents accused the gathered police forces of destroying the walls of Zarog’s home after they encountered obstacles and barricades that were erected to prevent them from accessing the building.

Hundreds of residents gathered in protest of the police actions in the yishuv. The police responded by surrounding the building in a makeshift siege. The violence soon erupted as the faceoff between the demonstrators and police broke down.

According to protesters, Zarog himself was one of the injured in the clashes.

Prime Minister Binyamin Netanyahu condemned the clashes, and called “for the law to be respected.”

A spokesperson for the Prime Minister’s Office said: “Prime Minister Netanyahu calls for the law to be respected and for an immediate halt to violence against the security forces. IDF soldiers and Border Police forces, which guard us all, must be allowed to carry out their work. Violations of the law will not be tolerated.”