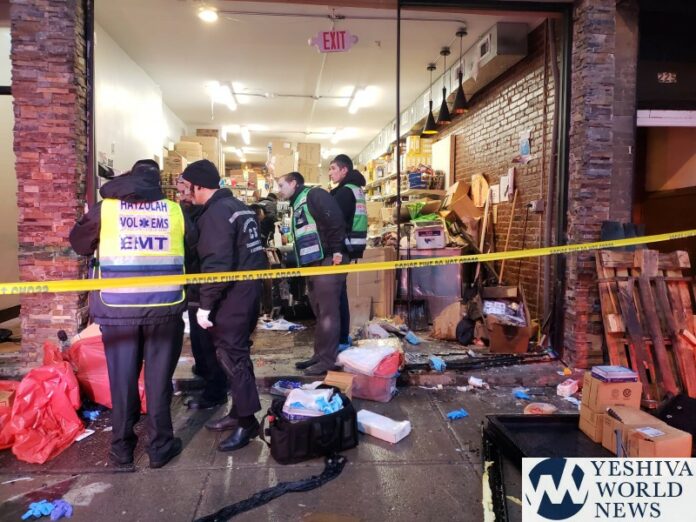 Federal authorities, including the head of the local FBI, gave stunning new details Monday about the hate-filled shooting in Jersey City last month that left three people at a kosher market and a police officer at a nearby cemetery dead.

Authorities said the alleged domestic terrorists in the case, David Anderson and Francine Graham, had a bomb in their van powerful enough to kill or injure people five football fields away, according to NBC4.

It was already known that investigators found a bomb in the couple’s van, but the new information sheds light on just how serious of a threat the device posed to the public. Authorities also said they could have made a second bomb with the amount of materials they had in the van.

Authorities also said they had definitively linked Anderson and Graham to the murder of a livery driver, Michael Rumberger, in Bayonne three days before the shooting.

They also said that the same gun used to kill Rumberger was used to fire a bullet into a moving vehicle driven by a Hasidic man on routes 1 and 9 in the Newark/Elizabeth area on Dec. 3. That man was not hit.

U.S. Attorney Craig Carpenito said authorities believe the murdered officer, Det. Joseph Seals, “threw off a broader plan” by the couple and “probably saved dozens if not more lives.” Officials say he was killed as he approached the couple’s van in a nearby cemetery shortly before the shooting unfolded. The van was being sought in connection with Rumberger’s killing.