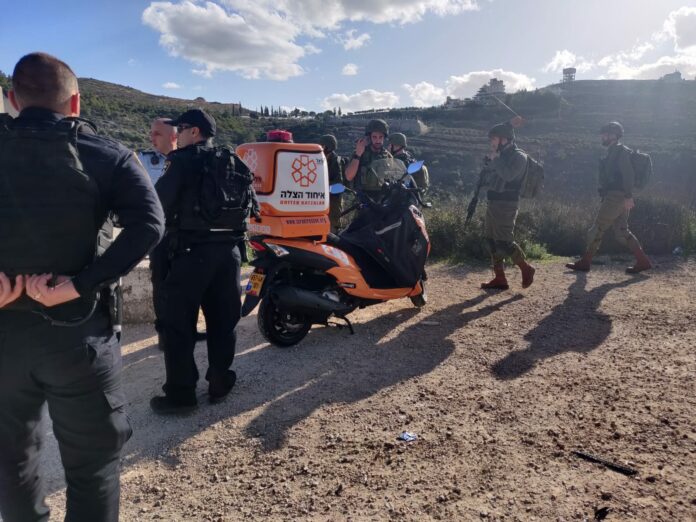 An IDF soldier was lightly wounded in a shooting attack near Talmon at the Parsa Junction in the Binyamin region on Thursday afternoon in the third terror attack in less than 12 hours.

Initial reports said that it appeared to be a drive-by shooting, with the terrorist escaping the scene immediately afterward.

The soldier’s life was miraculously saved as the bullet actually grazed the back of his skull, wounding him only slightly.

Earlier today, a Border Police officer was lightly wounded in a shooting attack near Har Habayis. The terrorist was eliminated by police forces at the scene.

In the early hours of Thursday morning, at about 2 a.m., 12 soldiers were wounded in a ramming attack near First Station in southern Jerusalem.

North Korea On Virus Threat: ‘Under Safe And Stable Control’