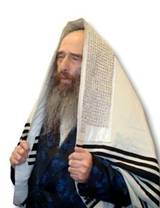 As we prepare to usher in the Jewish New Year 5774, our brethren in Eretz Yisrael line up to receive gas masks as a precautionary measure against the threat of chemical attacks from murderous neighboring countries. Having witnessed the devastating consequences of the Syrian government’s deployment of such weapons against its own people, we dare not underestimate the dangers we face at this time of alarming instability throughout the Middle East.

On the domestic American front, as well as in many other countries throughout the diaspora where Jews reside, the threats to continued Jewish existence take on different forms, but are no less perilous. Rising swells of assimilation sweep away broad swaths of our holy people as rampant intermarriage erodes our special and unique Jewish identity. Alas, the challenge of maintaining Jewish distinctiveness plagues us even in the Jewish homeland where, shockingly, some segments of the Jewish population are marrying Arabs, their progeny unlinked from the holy chain of our heritage that stretches back some 3,400 years to Sinai itself.

Thus, the promise and hope of the New Year is severely dampened by existential threats that confront us on both the physical and spiritual levels. The question is, what commitment can we make to counter these menacing threats and help ensure Jewish survival and vitality through the coming year and beyond?

We find an approach to this in the words we customarily recite on Rosh Hashana in conjunction with the special foods served at the holiday meal. We partake from the head of a lamb or fish and offer a simple prayer to Hashem, “Yehi Ratzon Milfanecha SheNihyeh LeRosh VeLo Lezanav,” literally translated, “May it be Your will that we be the head and not the tail.”

This request, seemingly for a position of honor, is incongruous with the spirit of Judgment Day which calls for an attitude of penitence and humility as we pray for our most basic needs of life, health and livelihood. What is the deeper meaning of this entreaty?

The answer to this question provides the key to unlocking the mystery of Jewish survival from Judaism’s inception until now, and into the future. The truth is as simple as it is profound and can be summed up in one word – “Torah.” Historically, it has been plainly evident that only in places where Torah observance flourished, where Rabbis scholars and community leaders dedicated themselves and exhorted their community members to the study of Torah and the performance of its Mitzvos, did Jewish identity remain strong, vibrant and lasting. In other places, where Torah constituted nothing more than an historical artifact or a cultural characteristic, assimilation quickly ensued and, in the course of time, all traces of Jewish identity disappeared.

Such was the case in Germany, the birthplace of Reform Judaism, where although first generation reformers retained vestiges of Jewish identity and practice, second and third generational offspring invariably assimilated into the larger gentile populace to the extent that it is documented that some Nazi murderers descended from Jewish stock.

The pattern repeated itself in the waves of Jewish immigration to America. While many first generation immigrants remained faithful to the religious practices of their fathers, in the absence of substantive Torah educational resources, their children and grandchildren were quickly assimilated into the broad American melting pot characterizing early 20th century American immigration. Only families that sacrificed mightily to provide Torah true educations to their children, with a curriculum that included the serious study of Talmud and Jewish law, were blessed with the success of passing a Torah true legacy to future generations.

Building synagogues, coming to services and occasional Talmud Torah education was never enough to maintain Jewish identity. What was needed then, as well as now, is the continuous expansion and development of Yeshivas and Kollelim where our holy Torah is studied with great dedication and zeal. The positive influence this exerts on the communities in which they are situated cannot be overstated.

Such is the case regarding Torah’s spiritual and religious impact. Beyond this, throughout the world and particularly in Eretz Yisrael, we must recognize that Torah is our primary source of physical protection as well. Time and time again, Moshe Rabbenu warned the Children of Israel that abandoning Torah in favor of popular contemporary mores would result in disaster and exile for the Jewish populace. The history of the destruction of the first and second holy Temples in Yerushalayim and the dispersion of our people throughout the Diaspora bears undeniable witness to the truth of Torah’s prophecy and the authenticity of every word it contains.

My dear and holy brethren, please realize that the Torah is Hashem’s gift to us, a Divine instruction book for how to live our lives in the most productive and pleasant way. The Torah itself is called the “Reishis” the beginning and the head, for all of creation came into being so that the Torah’s words would be fulfilled and humanity would be able to achieve its highest and greatest potential.

This then is the meaning of our New Year prayer that “we be at the head,” that is to say, we pray with heart and soul that we be able to live our lives in accordance with the holy, precious instructions of the Torah which guides us and protects us both physically and spiritually. This is the commitment we must make on the threshold of Rosh Hashana. And we can, thus, enter the New Year knowing that we have done our part in ensuring Jewish survival and that Hashem will reciprocate in kind with bountiful blessings for a peaceful, productive and joyous year.