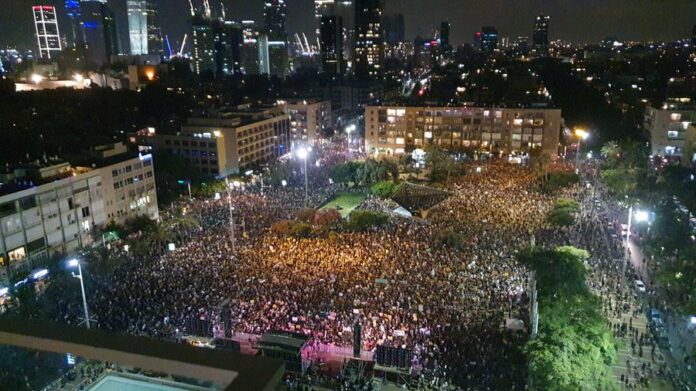 Health Ministry Director-General Prof. Chezy Levy said on Sunday that Israel will see an increase in the number of coronavirus infections as a result of the huge demonstration in Tel Aviv on Motzei Shabbos.

“Although the pain and concern of the protestors can be understood, it was a risky gathering and I fear we’ll see the results in the coming days in an increase in the number of infections,” Levy said in an interview with Ynet.

“It’s completely clear that the protest was a mass gathering without adherence to any health regulations to prevent infection and the transmission of the virus from person to person.”

“I understand the scope of the economic crisis, the worry, frustration, the struggle for livelihood, the great difficulty – it’s all true,” Grotto said. “Ultimately we’re doing everything we can to prevent gatherings. We’re paying a heavy price (socially and economically) to halt the virus and then we see photos of [Rabin] Square of a mega health terrorist attack.”

It was estimated that the protest was attended by 10,000 people.