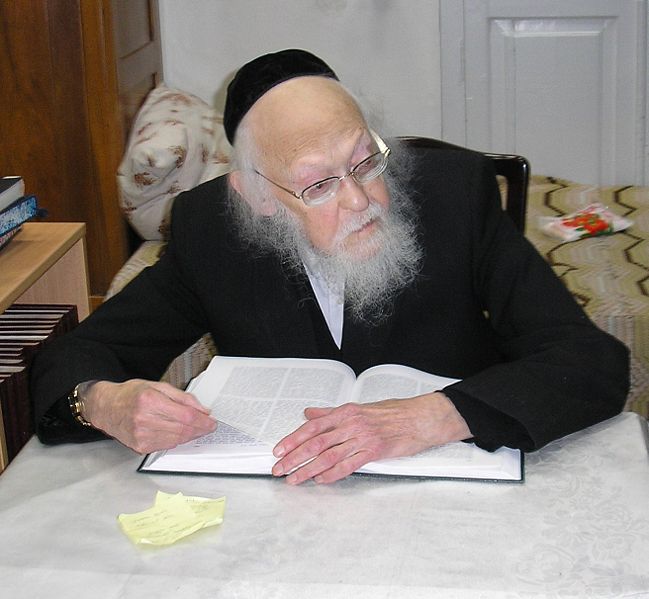 As the month of Elul is approaching, it is appropriate to prepare ourselves and do Teshuvah in various matters that we may be violating.  The Gemorah in Bava Basra states that “ruban b’gezel” most people are in violation of gezel.  Rav Yisroel Salanter zt”l states that the best way to improve oneself in an area in which one is weak is to study the halachos associated with that area of weakness.  What better way of doing that than to study the rulings of the Gadol hador of the past generation on it?

The following collection of Rav Elyashiv zatzal’s  rulings on commonplace matters involving theft has been adapted from the Ashrei HaIsh series, a compilation of Rav Elyashiv’s writings as well as a number of other sources. The questions have been reformulated to accommodate this format.

Rav Elyashiv: It is forbidden to steal from them. One must pay the correct entrance fee in all cases. [Editor: The extension to amusement parks seems obvious as well. YH]

2. On certain buses it is possible to purchase a round trip ticket which expires after an hour. Is it permissible to delay the actual purchase when you reach your stop rather than when you enter the bus so that it will expire later?

Rav Elyashiv: It is obvious that this is forbidden.

3. The Talmud Bava Kamma 103a states that one who steals from another [and falsely denies it] must return it to him as far as Media {near Persia} and may not even return it to his son or his messenger. What about his wife?

Rav Elyashiv: It would seem that he may not return it to his wife either. [Editor: The concern here appears to be for liability in case it does not get to them, but if the stolen property does get back to the owner intact, it is not a problem. Also, the messenger means his general messenger but if he returned it to a messenger appointed specifically for this item then the thief is absolved from further liability. YH]

4. If someone stole an orange from a company owned orchard and there is no private individual to whom one could return the theft, what should he do?

Rav Elyashiv: He should bring an orange to the orchard and place it in one of the containers that he is certain will arrive at the factory.

5. Is it permitted for someone to borrow money from a free loan fund to invest in bonds or stocks?

Rav Elyashiv: It depends upon the bylaws of the Free Loan Fund

6. If someone has a discount at a bookstore and his friend does not. Is it permissible to utilize the discount for the other person?

Rav Elyashiv: It is absolutely forbidden and this constitutes out and out theft. [Editor: The extension to grocery stores and supermarkets seems obvious as well. YH]

7. May one build a Sukkah on public property?

Rav Elyashiv: There is a concern for gezel. One may not recite a bracha on it. (Kitzur Hilchos Issur Gezel #20)

A Free Loan Fund, or a medical equipment loaning organization that  takes collateral (or a deposit)- is it permissible for the Free Loan  Fund to make use of the item or the deposit?

9. Rav Elyashiv: Absolutely not. They may keep the deposit in the bank, but they may not make use of the money.

If someone had a [train or] bus ticket that got ruined is it permitted  to ride the next time without paying and deduct the ride from the ticket that one had that got lost or ruined?
Rav Elyashiv: Absolutely not. The transportation company makes their pricing based on the fact that they assume people will lose or ruin  their tickets. If your ticket is lost or stolen, you have lost your rights.

10. Someone who repairs computers must at time erase the entire drive and reload the programs one by one. What happens when the customer did  not legally purchase these programs. Is it permissible to restore what the customer had originally?

Rav Elyashiv: It is absolutely forbidden and even if he will lose his  customers he must search for a new manner in which to make a living.

11. If one ate Matzah without a Bracha, has one fulfilled the Mitzvah of Matzah since it is like something that is stolen with which one does not fulfill the Mitzvah?

Rav Elyashiv: Stolen Matzah is different – because the issur is in the Cheftzah is within the item itself – eating without a bracha is like a person is stealing – but it is not contained within the Matzah itself – so one has technically fulfilled the Mitzvah (Shiurei HaGrish Brachos, p. 366)