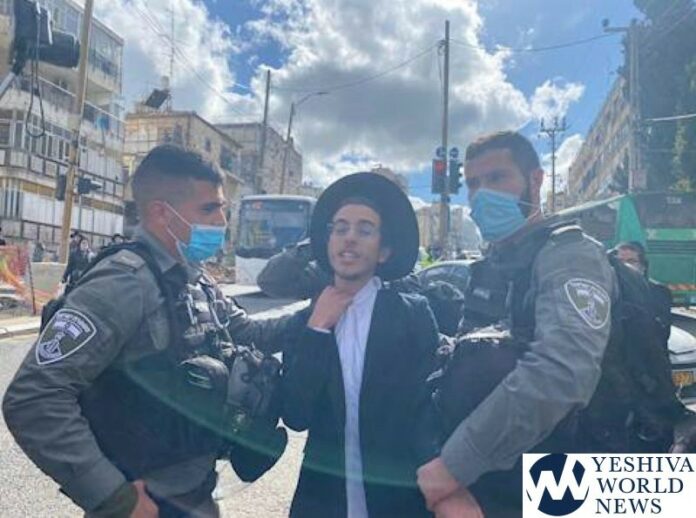 Hundreds of extremist Chareidim engaged in protests on Rechov Bar Ilan in Jerusalem on Thursday afternoon following the arrest of a Chareidi girl in Ben-Gurion Airport on Wednesday for army desertion.

It should be noted that the girl was released by the Army Court on Thursday following a hearing on her case but apparently Peleg decided to protest anyway.

The protest began in Mea Shearim and the participants then walked to the Bar Ilan intersection, where they clashed with the police and blocked intersections by burning garbage bins. Police dispersed the crowd through riot control methods and some protesters were arrested.

The IDF stated that the young woman who was arrested didn’t submit a religious affidavit to the recruitment authorities as required by law and has been evading the law for seven years.

The woman claims that she submitted her affidavit in 2014.