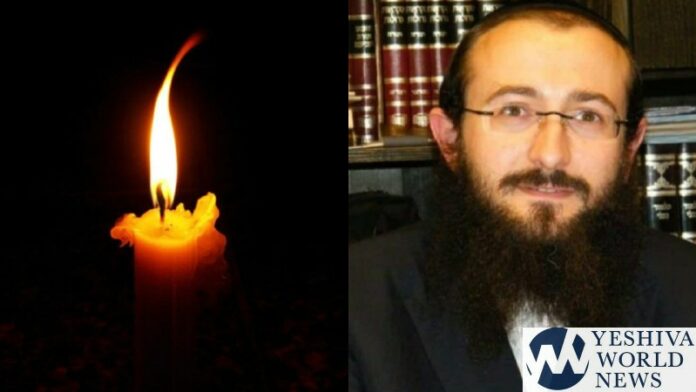 Reb Eliyahu Karpel, z’l, who was critically injured in the Karlin-Stolin bleacher disaster on Erev Shavuos, passed away at Hadassah Ein Kerem Hospital in the early hours of Thursday morning at the age of 39.

Reb Eliyahu had recovered somewhat in past weeks and was even communicating with those around him but on Tuesday morning, his condition suddenly deteriorated due to an infection. He was transferred back to the ICU and passed away shortly later.

Reb Eliyahu, z’l, was born in Ukraine and became close to Karlin-Stolin through the shalichim of the chassidus who traveled there as part of the L’Tzion B’Rina kiruv organization, an initiative of the Karliner-Stolin Rebbe.

As a young teen, Reb Eliyahu, z’l, moved to Israel alone, without any family members. He became part of the Karlin-Stolin community in Beitar Illit and worked as a real estate agent. His friends and acquaintances said he was a congenial and honest person who always treated others with respect and performed many acts of chesed.

Sadly, the niftar did not leave family or children behind. The public is asked to daven l’illui nishmaso of Eliyahu ben Maria.