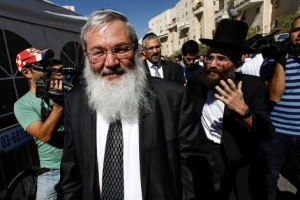 The Movement for Quality Government (MQG) has filed a petition with the Supreme Court seeking to compel new elections for the Chief Rabbinate Council, which was just sworn into office last week. The petition alleges the election was not an open and fair one but it was the result of interference and manipulation by the Ministry of Religious Services, particularly the office of Deputy Minister Rabbi Eli Ben-Dahan.

The petition states the agreement reached ahead of the election, to reinstate the outgoing rabbonim, represents blatant interference and manipulation of the election process.

The petition cites that three days ahead of the election a letter signed by Ben-Dahan was sent to the eligible voters, stating “there is an agreement between Bayit Yehudi, Agudas Yisrael and Shas, with approval of the chief rabbis too…,” suggesting how to vote.

Therefore, the petitioner feels this was an election of deal-making and not voting and the results must be disqualified and a new election must be held.