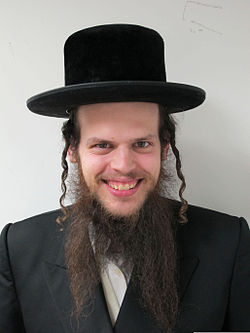 There’s a British graffiti artist, from Bristol, who you may have heard about recently.

He’s mucked up London. He’s painted on the separation fence between Israel and the “Palestinian Territories.” And over the last month he’s done what he terms a “residency” on the streets of New York City.

You may have heard his name. He’s been generating headlines for his stunts and escapades; his art has sold for millions. In fact, he’s trademarked the name Banksy, ‎to keep away those who might try to profit off the association. He’s done gallery shows and he has a book out as well, with a really creative quote from the Met police prominently displayed: “There’s no way you’re going to get a quote from us to use on your book cover” — Metropolitan Police spokesperson.

Why is he so famous and popular? Well, for one, ‎he’s done some really interesting things, like pioneering the use of stencils to create his unique graffiti art with a minimal chance of getting arrested, because it only takes minutes to put the prepared stencil on the wall and spray. He’s also done some very creative commentary on our social lives, with his use of rats in imagery (“The Unwanted”) and his war with other graffiti artists, as well as his move off the walls and into other forms of art, like the slaughterhouse truck filled with stuffed animals bleating for help as they head off to the “Slaughter.”

Okay, so all that is kind of obvious. He creates art, and he’s gotten famous for it. So what’s that got to do with you and doing business?

Banksy has a few interesting things going for him — and were these not to exist, he would be nowhere near as famous.

For one, he’s anonymous. Even though his identity has ostensibly been spilled before‎, he has created an aura of magical anonymity around himself and his work, and further burnished that image by selling art for $60 apiece in Manhattan’s Central Park (and creating a video showing how few people stopped to buy it, and how art is about the story, not the piece itself). He also bought an image at a thrift shop and added a Nazi sitting on a bench into the image, then giving it to charity to be auctioned off — for hundreds of thousands of dollars!

It’s also true that what he does is illegal. Painting other people’s property without permission is illegal, and while the New Yorkers whose property he’s “done his thing on” are seen as winners of the lottery, there are certainly thousands of people who are not so kindly taken by graffiti that Banksy and many other talented street artists (or criminals, depending on which side of the art divide you stand) have done to their property.

I’m personally fascinated by Bansky’s PR machine and creative ideas to keep himself in the news; generating millions of dollars in free publicity for himself and his works‎, while keeping a conversation going about what is the value of art and what is blight, and how these terms are selectively applied.

You can banskify your business too. Without doing anything criminal, it’s about testing the public’s imagination and making it about a wider issue than just your business.

What do you have that makes you unique? What are today’s headlines and how are they relevant to you? The New York Times had an article on Friday about how entrepreneurs have realized that Obamacare in the United States — love it or hate it — will create a tremendous amount of wealth for those who can see opportunity in the chaos of the change to the way the system works. Duncan Bannatyne, the British millionaire and celebrity, writes in one of his books how he took insight from a rule change in the late Margret Thatcher’s period as prime minister to realize that nursing homes would be a much better business than they had been until then, because the government would pay for care. In a similar vein, Oreo’s cookies did a tremendously creative yet simple ad when there was a blackout during the Superbowl, generating millions in PR from a simple “dunk in the dark” tweet.

Read today’s headlines, and think about why serendipity has led you to read the things you came across today “by chance.” You can use it to come up with new ideas, change the way you price, come up with a reason for a sale, or a new way to market a product.

Just think and apply “What would Banksy do?”‎ — and if it’s legal, give yourself the green light to get creative and go ahead.