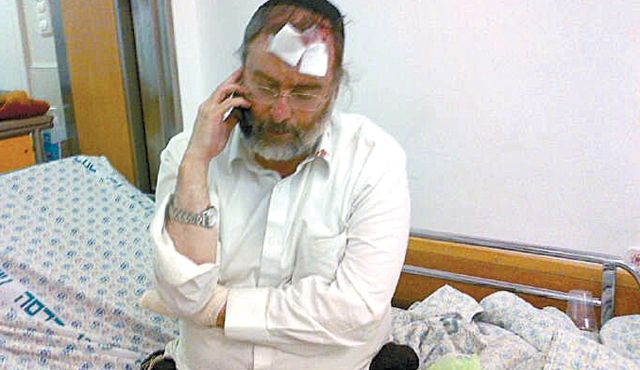 The man convicted of assaulting HaPeles founder and Editor-in-Chief Nati Grossman was sentenced to 100 days imprisonment.

The defendant, C.P. (name on file) was sentenced by Jerusalem District Court Justice Yaakov Tzaban on Thursday, 4 Kislev 5774. His jail sentence will be wiped by ‘time served’ and he will do community service and pay Grossman 7,500 NIS. He was also given a three-year period of probation during which if he is convicted of assault, he will automatically have to serve a minimum of eight months imprisonment.

The assault occurred on December 21, 2012, when Grossman entered the staircase of his Bayit Vegan home. The attacker was waiting for him and when he entered, the assault began.

The convicted assailant is 23 and single. He has British citizenship and learned in Ponevezh. It appears that he was involved in a very serious vehicular accident that led to long-term rehabilitation, which became complicated and led to depression and the need for psychiatric care.

The court took all of this into consideration, along with the defendant’s admission of guilt. The court stated the defendant intended to scare the victim and violence was not planned, but the situation escalated to what occurred. After weighing all of the evidence and taking the defendant’s situation into account, the court decided on the light sentence.