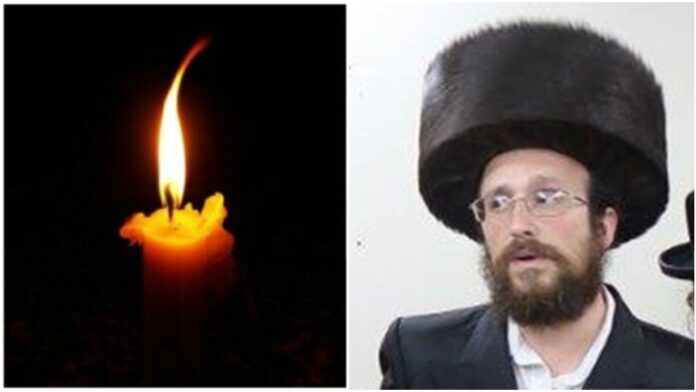 Rav Shlomo Yehudah Zilbiger, z’l, the grandson of the Gaon Av Beis Din of the Eidah HaChareidis, HaGaon HaRav Tuvia Weiss, was niftar of the coronavirus on Simchas Torah at the age of 43 at Hadassah Ein Kerem Hospital in Jerusalem.

The niftar was born in Manchester to his father, HaRav Avraham Zilbiger, the Rav of the Beis Hamedrash HaChadash in Manchester, and his mother, the daughter of HaRav Weiss.

After he married his wife, a resident of Ganei Geula whose grandfather learned with HaRav Weiss in London, Rav Zilbiger, z’l, settled in the Givat Moshe neighborhood of Jerusalem, near his illustrious grandfather.

Rav Zilbiger was very close to his grandfather and learned in his kollel until the end of his life. He also assisted in transcribing and publishing HaRav Weiss’s divrei Torah.

The niftar left behind 12 yesomim, the youngest born only a month and a half ago, and the oldest an engaged daughter, whose wedding is scheduled to be held in the near future.

The levaya took place on Motzei Simchas Torah and left from the home of HaRav Weiss on Rechov Givat Moshe in Jerusalem. The niftar was buried on Har HaZeisim.