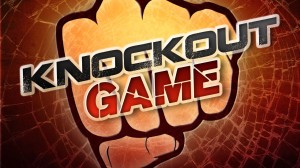 In response to the rash of ‘knockout’ assaults that have occurred across Brooklyn recently, Councilman David G. Greenfield is calling on the NYPD to immediately move forward with a plan to install security cameras in Boro Park and Midwood. During the participatory budgeting process earlier this year, district residents voted in favor of allocating $415,000 to install surveillance cameras throughout both neighborhoods to help improve safety and reduce crime. Now, in light of the ‘knockout’ assaults targeting Jewish individuals that have occurred in neighborhoods including Boro Park and Midwood over the past two months, Councilman Greenfield is requesting that the NYPD make this project a priority and have these important cameras installed as soon as possible to help prevent future attacks or identify the perpetrators should another assault occur.

“Given the random nature of these attacks and the lack of witnesses, security cameras may be our best chance of making arrests in these disgusting crimes. My neighbors voted overwhelmingly during participatory budgeting in favor of more NYPD cameras in our community to help investigate and prevent these types of senseless crimes. In light of the ongoing rash of assaults that have left many residents frightened to walk around our neighborhood alone, I am asking the NYPD to move forward on the installation of these security cameras as soon as possible,” said Councilman Greenfield.

The attacks that have occurred in neighborhoods including Williamsburg, Crown Heights, Midwood and Boro Park over the past two months appear to be part of a nationwide trend in which young adults attempt to knock innocent victims unconscious with a single punch to the head. In all, there have been at least ten reported incidents in Brooklyn, with nothing stolen from the victims during any of the attacks. The most recent attack occurred on Sunday night when a 26-year-old Hasidic man was struck in the head by a stranger in Williamsburg.

The idea of additional security cameras was raised during participatory budgeting, which allows the public to suggest and vote on projects they would like funded in their community with money that Councilman Greenfield set aside in the city budget. The winning projects as decided by the 1,610 residents who took part in the final vote this past spring included security cameras at vulnerable locations in Boro Park and Midwood. The NYPD is currently determining exact locations for the cameras and finalizing a contract to have them installed, a process that Councilman Greenfield would like accelerated in light of the recent random attacks.