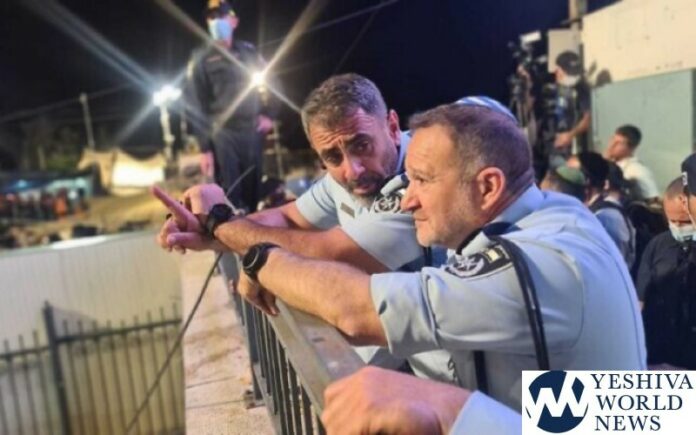 About 11,000 police officers and soldiers from the IAF’s Airborne Combat Rescue And Evacuation Unit 669 will be securing Meron on Lag B’Omer, Yisrael Hayom reported on Monday.

The police expect over 150,000 people to visit Har Meron on Lag B’Omer. The number of people at the site will be continually monitored and drones and helicopters will be transmitting images to a command room in real-time.

“The focus of the effort is zero glitches,” a senior police officer said. “We’ll know about every bus that arrives and leaves. Every visitor will be noted and for the first time we’ll be counting the crowd using a special counting system.”

About 16,000 people will be allowed to be at the site at one time, with a turnover every four hours. “It’s a challenging event,” the official said.

The report also quoted a senior police officer as saying that the police currently lack adequate manpower for securing large events such as Meron or state visits. “We don’t have enough manpower, we’ve reached the limit of our capacity,” he said.

Senior police officials are calling on the government to consider their needs and increase their budget. “Police officers are already working for weeks around the clock and this is even before the visits of the pope and US president in June – which will require tens of thousands of officers,” the official said. “These are large-scale operations which require international sensitivity in light of the security situation.”