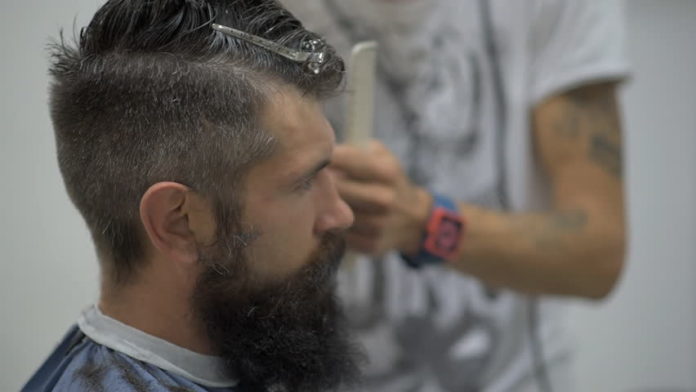 There is someone that was recently willing to pay a large amount of money to have the honor of being a sandak at a Bris Milah – any Bris Milah.  His purpose, however, was not to just have the kavod of being Sandek – but to be able to get a haircut during Sfirah.  This person, and perhaps many others out there as well, would certainly like to hear what the halacha is concerning the night of Lag BaOmer itself.

What are the halachos of getting a haircut and listening to music on the evening of Lag BaOmer?

It is a debate among the Rishonim whether the heter for getting married and getting a haircut on Lag BaOmer is only after the morning (and day) or on the previous evening as well.  Rabbeinu Yerucham, the Tashbatz, and the RiN Sho’iv write that the leninecy is only upon morning and not previously.  They write that the notion found in the laws of mourning of “Miktzas ha’Yom k’kulo” does not apply in the previous evening.  The Ramban, however, writes that we apply this principle even regarding the laws of mourning during Sfirah.

THE DIFFERENT VIEWS ON SFIRAH

Most readers are already familiar with the two minhagim in regard to Sfirah that are cited in the Ramah in Shulchan Aruch (Orech Chaim 493:3 but see the whole siman).  Some are of the view that the mourning starts from Rosh Chodesh Iyar and continues until just before Shavuos.  Others started the mourning from the second day of Pesach and end it on Lag BaOmer.

It is a debate among the Poskim as to whether Ashkenazim can get married on the night of Lag BaOmer or only in the daytime.  It is the opinion of the Ramah, the Levush, the Vilna Gaon and the Machatzis haShekel  to permit it only upon morning of the 33rd – after sunrise.  That would translate to tomorrow morning and not tonight.

The Leket Yosher, however, and others hold that it is permitted from the evening.  The Mor U’Ketziah and the Mahari Assad write that even the Ramah permits it at night-time!

Some (Eliyhu Rabbah) are of the opinion that the entire debate hinges upon the debate in regard to the recitation of Tachanun at the previous Mincha.  In other words, according to those who hold that Tachanun is not recited from Mincha of the day of the 32nd (today), it would be permitted to hold both a wedding and have a haircut on the night of the 33rd.  However, both the Machatzis Hashekel and the Mahari Assad write that these two issues are separate and not dependant upon each other.

VIEW OF THE MISHNA BRURAH

The Mishna Brurah cites both opinions and, in regard to marriage, cites the view of the Eliayu Rabbah that “Nonetheless, in regard to weddings, I have not seen those who are lenient – except on the day of Lag BaOmer itself and not on the previous evening.”  The Mishna Brurah, however, is lenient when Lag baomer falls on a Friday – to allow the marriage on the Thursday night of Lag BaOmer.

Dayan Weiss (Minchas Yitzchok IV #84) was of the opinion that the wedding should only take place on Lag BaOmer day itself and not continue into the night of the 34th.

Rav Moshe Feinstein zt”l, however, argued against the Mshna Brurah’s position and allowed for weddings on the night of Lag BaOmer even if it did not fall out on a Thursday night.  He writes that one can rely upon the lenient view – especially for one who has not yet fulfilled the Mitzvah of Pru uRvu.  I believe that while this view has been widespread in America, in Eretz Yisroel the view of the Mishna Brurah is still the predominant view.

So what do we do with all this?  While each person should ask his own Rav or Posaik, it is the generally accepted view to wait until the actual day of Lag BaOmer for the haircut and unless one is at the wedding itself, to listen to music only at daytime.  If there are other reasons to be lenient – a Rav should be consulted.

THIS AUTHOR IS ARRANGING A WEDDING FOR A YASOM WITH NO RESOURCES.  IF ANYONE IS INTERESTED IN SPONSORING IT PLEASE CONTACT THE AUTHOR AT [email protected]

A number of reasons are cited by Torah authorities for commemorating Lag BaOmer:

1.    It commemorates the students of Rabi Akiva who ceased dying during this day — although the deaths persisted between Pesach and Shavuos. (Shelah, Pesachim 525).

2.    This day is the yahrtzeit of Rabi Shimon bar Yochai, who revealed the inner secrets of the Torah (Chayei Adam Mo’adim 131:11).

3.    This is the day that Rabi Akiva granted ordination to his five students — among them Rabi Shimon bar Yochai. They did not die in the plague that struck Rabi Akiva’s other students (Pri Chadash OC 493).

4.    It also commemorates the manna which began to fall on this day after Bnei Yisrael left Egypt (Responsa Chasam Sofer YD #233 “Amnam yadati”).