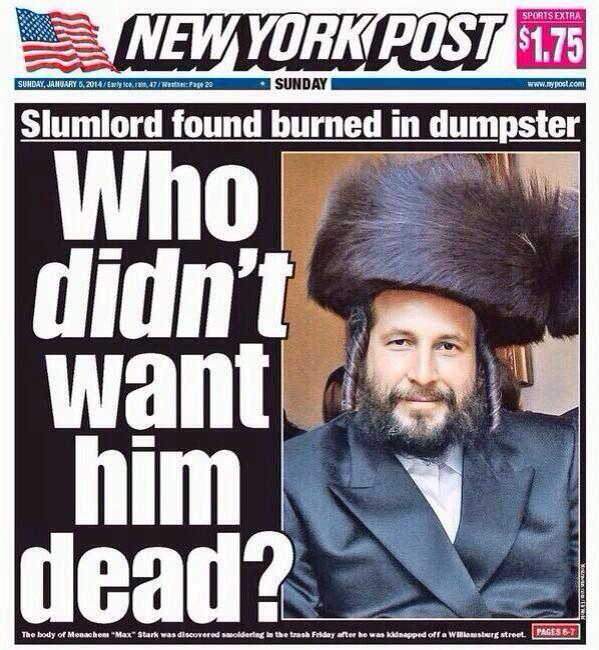 “The New York Post’s unbelievably offensive headline this morning comes the day after Mr. Stark’s family and children, as well as an entire community, laid him to rest and are still mourning his death.

For the New York Post to suggest that a person deserved to be murdered is sickening and reaches a new low. The entire community is outraged by such a vulgar headline that is so offensive and horrific.

The New York Post should pull their story and issue an apology to the family and community that are still in mourning.”