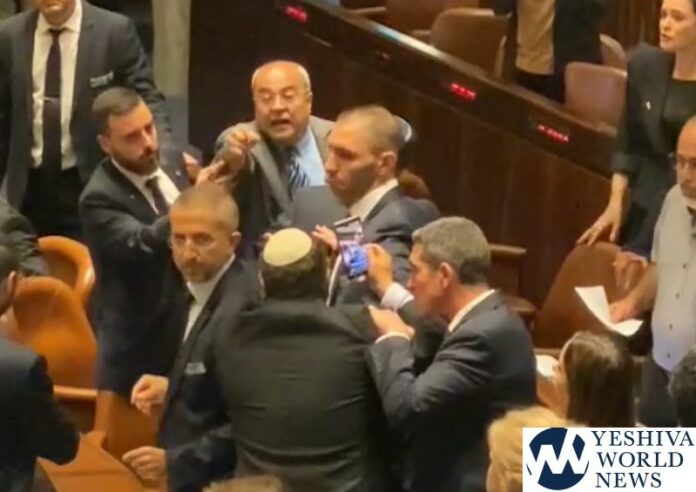 Chaos erupted in the Knesset plenum on Wednesday after Deputy Speaker Ahmed Tibi cut off MK Orit Strook’s speech when she accused him and other Arab MKs of supporting terrorism.

After stopping her speech, Tibi responded by saying that she is from the only party that has a member who has been convicted of supporting terrorism.

Tibi’s response caused an eruption from right-wing lawmakers, who yelled at him:  “You are Arafat’s adviser. The blood of Jews in on your hands.”

The incident came as the Knesset debated a bill to recognize bereaved siblings and to regulate their status so that they will be entitled to receive official notification of their sibling’s passing and receive all the information about the rights to which they are entitled.

“Shame on the Knesset of Israel and the coalition that controls it,” said Likud MK Yoav Galant. “The discussion on the law recognizing bereaved siblings is being brutally and cynically conducted by Ahmad Tibi.”