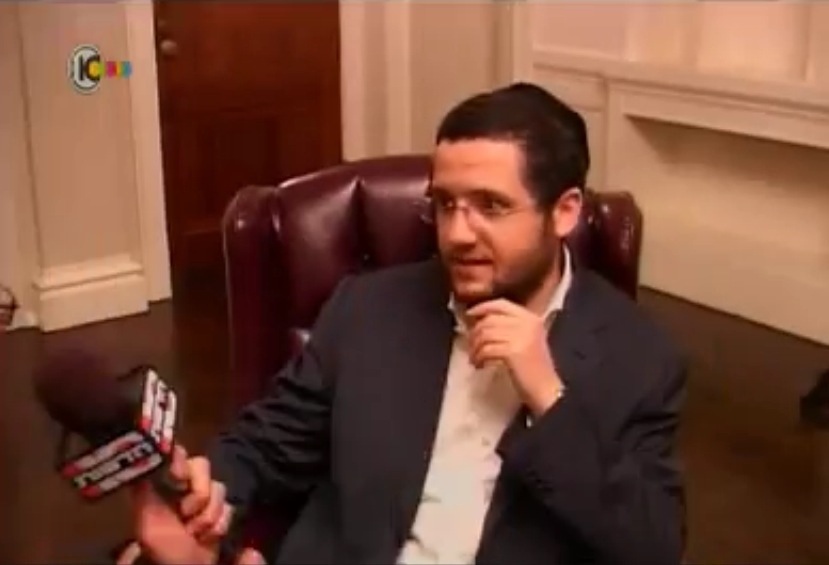 Revealing footage of the two people in the center of a bombshell scandal within the Israeli Police department, Rav Pinto and the FBI, has shed some light on the nature of the people surrounding the Rav and the relationships that had complexed the political world with corruption.

The story’s main protagonist are well known – Rabbi Pinto, Police Commander Arviv and Rep. Michael Grimm – but the middleman seems to be the most interesting in this extremely complicated story.

The affair came to light due to an FBI wiretap agreed to by Pinto as part of a settlement with the bureau, after a blackmail complaint filed by Pinto forced the rabbi to testify against Michael Grimm, a New York Republican Congressman and a former FBI agent.

A random interview that was held with Rav Pinto’s top aide Ben Zion Suky and Congressman Michael Grimm (R-Staten Island) three and a half years ago, was broadcast on channel 10 Sunday evening, in which the two boasted the greatness of the Rav in predicting the future.

In the May 2010 arranged interview, Zuky went as far as suggesting that Rav Pinto foresaw the 9/11 bombing on the twin tours ahead of time. “We came to New York and we saw these two towers standing out in Manhattan. The Rav asked what these buildings are? And when he was told that these are the tallest buildings in the United States, he said, ‘A devastating tragedy with airplanes will occur here,'” Zuky told Channel 10’s Gil Tamari, suggesting that the Rav with his holy vision managed to predict the fall of the towers and the grave tragedy before the planes hit the towers.

Congressman Michael Grimm, who was at the time a first time congressional candidate, also shared his admiration of Rav Pinto and his special relationship with the Rav that might serve as a major witness in the FBI’s case against Grimm.

“It’s amazing. I’m not Jewish, I’m Catholic. But the very first time that I met Rabbi Pinto, I can’t explain, it was a very special meeting,” Mr. Grimm told Channel 10. “You could almost feel the positive energy when he holds your hand.” 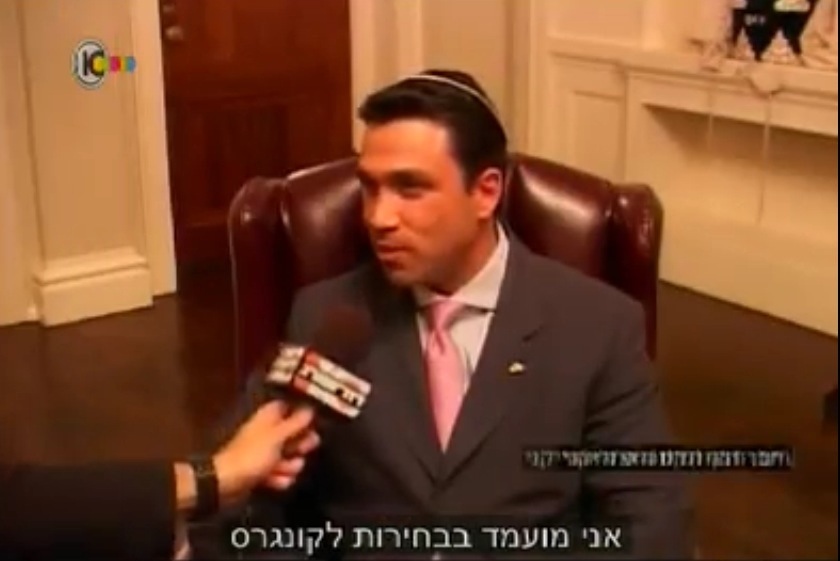 Mr. Grimm told channel 10 how he formed the relationship with Suky that led him to receive a blessing from Rav Pinto and become a frequent follower during the course of his campaign for congress.

“I’m a former special agent to the FBI. I worked a very large case undercover here in NY. At the end of that case, I guess you would call it a ‘Mitzvah’, but I did a good deed for someone that I didn’t really know. In the Jewish community, once you do a good deed the phone starts to ring,” said Grimm. “So over the period of 6-8 years, the Jewish community throughout Brooklyn would call me for little things. When the community found out that I’m running for Congress, they wanted to help me.”

Grimm, who allegedly received contributions by Rav Pinto’s top aides during the course of the 2010 campaign, told channel 10 all he asked was a blessing from the Rabbi. “Over that 7-8 years, I always refused, I could never take money, especially as an FBI agent, and I never would. But I said ‘pray for me – that’s how you can pay me.’

As he launched his campaign for Congress, Grimm was invited by the Rav’s top aides to receive a special blessing. “Since then, I see the rabbi regularly and it’s really an amazing story, because you would think I’m here to ask the Rabbi advice about my campaign… I think that one of the reasons that the Rabbi has given me such a strong blessing is because he can see from my actions — and almost read my heart — that I’m a strong supporter of Israel, because that’s my beliefs,” Grimm said. Adding that his campaign has been going well “due to the inspiration of the Rabbi.”

Suky, a real estate developer, serves as the right-hand man to Rabbi Pinto with growing influence among Israel’s political and business elite and in the American Jewish community.

But now, with the new revelations about Suky’s involvement with Rav Pinto’s bribe, apparently admitted to passing the goods to Arbiv and his family and the charge by Rabbi Pinto that he was exhorted by Mr. Grimm not to testify in the case, the Congressman’s admiration for the Rabbi might have evaporated and the righteousness of Suky might have been exposed to broad daylight.