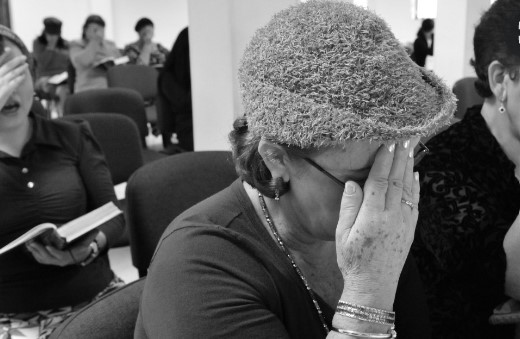 One of the most confusing aspects of halacha regarding prayer lies in the nature of the obligation of Krias Shma for women.  What follows is a brief overview of this area of halacha.  Hopefully, it will clarify things – rather than confuse it.

WOMEN ARE EXEMPT FROM TIME-BOUND MITZVOS

Women are technically exempt from the Mitzvah of reciting the full Shma twice daily since it is considered a time bound Mitzvah.   The verse in the Shma itself has the timing of it with the words, “when you lie down and when you arise.” These words indicate that it is a time-bound Mitzvah.

THE YOKE OF MALCHUS SHAMAYIM

However, many authorities are of the opinion that women are obligated in accepting upon themselves the yoke of the Kingdom of Shamayim.   This being the case, they should at least recite the first verse of the Shma – which declares this. This is the view of the Bach and the Magain Giborim.

One can perhaps conjecture that their view was perhaps influenced by what it states in Meseches Sofrim (18:4), “And similarly, they (women) are obligated in the recitation of the Shma.”  The Mishna Brurah (70:4) holds that other Poskim are of the opinion that women are technically exempt even from the first pasuk, but do recite it nonetheless – because it is a good and proper minhag.

The Gemorah in Psachim (56a) discusses the sentence that appears immediately after the first pasuk of the Shma.  The Gemorah asks:  What is the reason that we recite that passage – “Blessed be the name of His glorious kingdom for ever and ever” – even though it appears nowhere in the Torah? The Gemara answers: We recite it in accordance with that which Rabbi Shimon ben Lakish explained:

it is written: “And Yaakov called his sons and said, Gather around and I will tell you what will occur to you in the end of days” (Bereishis 49:1). Yaakov wanted to reveal to his sons when the complete redemption would arrive at the end of days (see Daniel 12:13), but the Shechina abandoned him, rendering him unable to prophesy. He said: Perhaps the Shechina has abandoned me because, Heaven forfend, one of my descendants is unfit.. His sons said to him: Hear O’ Israel, (our father) Hashem is our G-d – Hashem is One.  They said: Just as there is only one G-d in your heart, so too, there is only one in our hearts. At that moment Yaakov Avinu responded (in appreciation) – Blessed be the name of His glorious kingdom for ever and ever, as all his children were righteous.

The Rabbis said: What should we do? Shall we recite this verse? But Moshe Rabbeinu did not say it in the Torah as part of Shema. Shall we not recite it? But Yaakov said it. In order to resolve this dilemma they established that this passage should be recited silently.

A woman must also recite the verse of Boruch Shaim Kvos Malchuso l’Olam Vo’ed as this part of the Mitzvah of unifying Hashem’s Name according to the Levush (See OC 66:1).  This author understands the Levush to mean that Yaakov Avinu expressed this as Hakaras HaTov in that Hashem is the ultimate Giver and that is part of our understanding of the Oneness of Hashem.

As far as the three words of Kel Melech Ne’eman, the reason it is generally said is to add 3 words to the Krias Shma that a man says so that it will correlate to the 248 limbs in a man (when there is a shliach tzibbur – the three words of Hashem Elokaichem Emes play this role). Seemingly, this would not apply to woman who has 252 limbs. However, they should recite the words Kel Melech Ne’eman when davening alone according to the Minchas Elazar (Vol. II Siman 28), because the extra three words are a tikkun for the Zeir Anpin. The Zeir Anpin represents the Six Sefiros of Chessed, Gevurah, Tiferes, Netzach, Hod, and Yesod which channel energy or light from the upper three Sefiros. Our connection to Zeir Anpin is through Yessod by studying the Torah on all levels.

Just as women are technically exempt from reciting Krias Shama, they are also exempt from the blessings that precede the Krias Shma.  They are, however, obligated in the blessings that come after the Shma.  Emes v’ytziv and Emes v’Emunah of the evening prayers.  Some exempt them from these as well.  An Ashkenazic woman who does wish to recite them may do so. There is a debate whether a Sefardic woman may do so.

A woman who did not recite the Shma and its blessings until after the fourth hour of the day has passed (Zman Krias Shma) may not recite these blessings afterward and it is considered a bracha levatalah.  If this occurred, she should recite the whole shmah (specifically for the third paragraph) which mentions the exodus from Mitzrayim.

A woman is also obligated in the Mitzvah of connecting the blessings of redemption to Tefillah – the prayer of Shmoneh Esreh according to the Mishna Brurah (70:2).