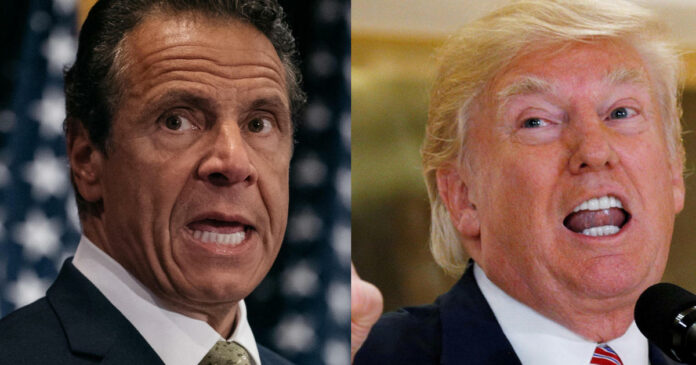 Of all the political twists one can dream up, this one is for the books. Former New York Gov. Andrew Cuomo is taking the side of Donald Trump and his supporters after FBI agents swarmed Trump’s Mar-a-Lago residence and executed a search warrant on Monday.

Cuomo, a lifelong Democrat and once considered to be the frontrunner for the 2024 presidential nomination, said that the unexplained raid on Trump’s residence could be viewed as political if the Justice Department doesn’t publicly reveal why it carried it out.

“DOJ must immediately explain the reason for its raid & it must be more than a search for inconsequential archives or it will be viewed as a political tactic and undermine any future credible investigation & legitimacy of January 6 investigations,” the disgraced former governor wrote on Twitter.

Trump said that agents broke into his personal safe during the raid, and Christina Bobb, an attorney for the former president, said that the agents had “seized paper.”

Multiple reports stated that the search warrant was related to the Justice Department’s investigation into whether Trump illegally took classified documents with him to Mar-a-Lago after his presidency concluded.

I’m no Trump fan. I want him as far away from the White House as possible. But a fundamental part of his appeal has been that it’s him against a corrupt government establishment. This raid strengthens that case for millions of Americans who will see this as unjust persecution.