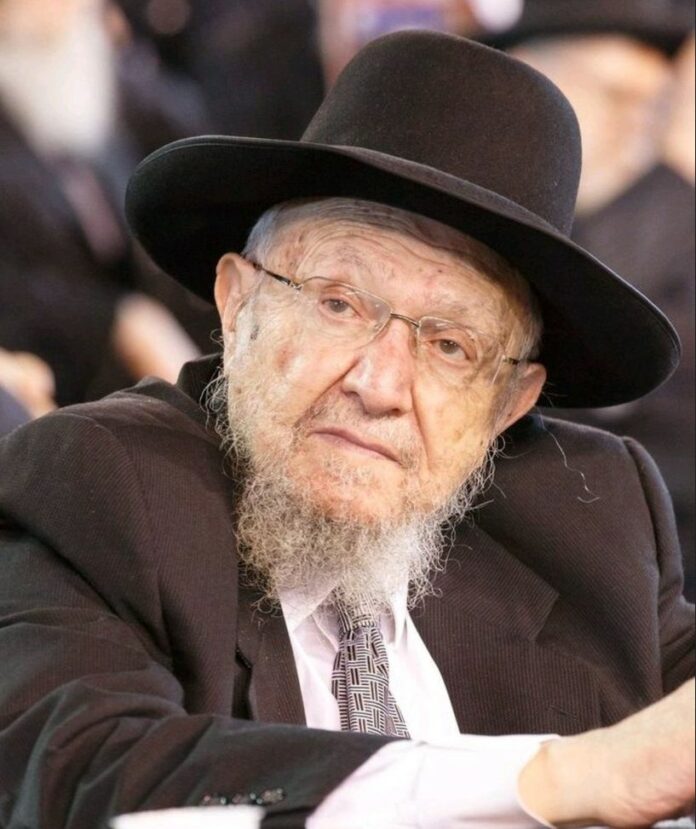 This author predicts that this sefer will sell out immediately as soon as it arrives in the United States.   Rav Dovid Feinstein zatzal (1929-2020) was the leading Posaik in the United States since his father Rav Moshe zt”l (1895-1986) passed away.  Rav Moshe zatzal answered thousands of halachic queries each year left an entire legacy of responsa.  Rav Dovid answered thousands of halachic questions every year as well, but unfortunately, until now we did not have a written record of his rulings. 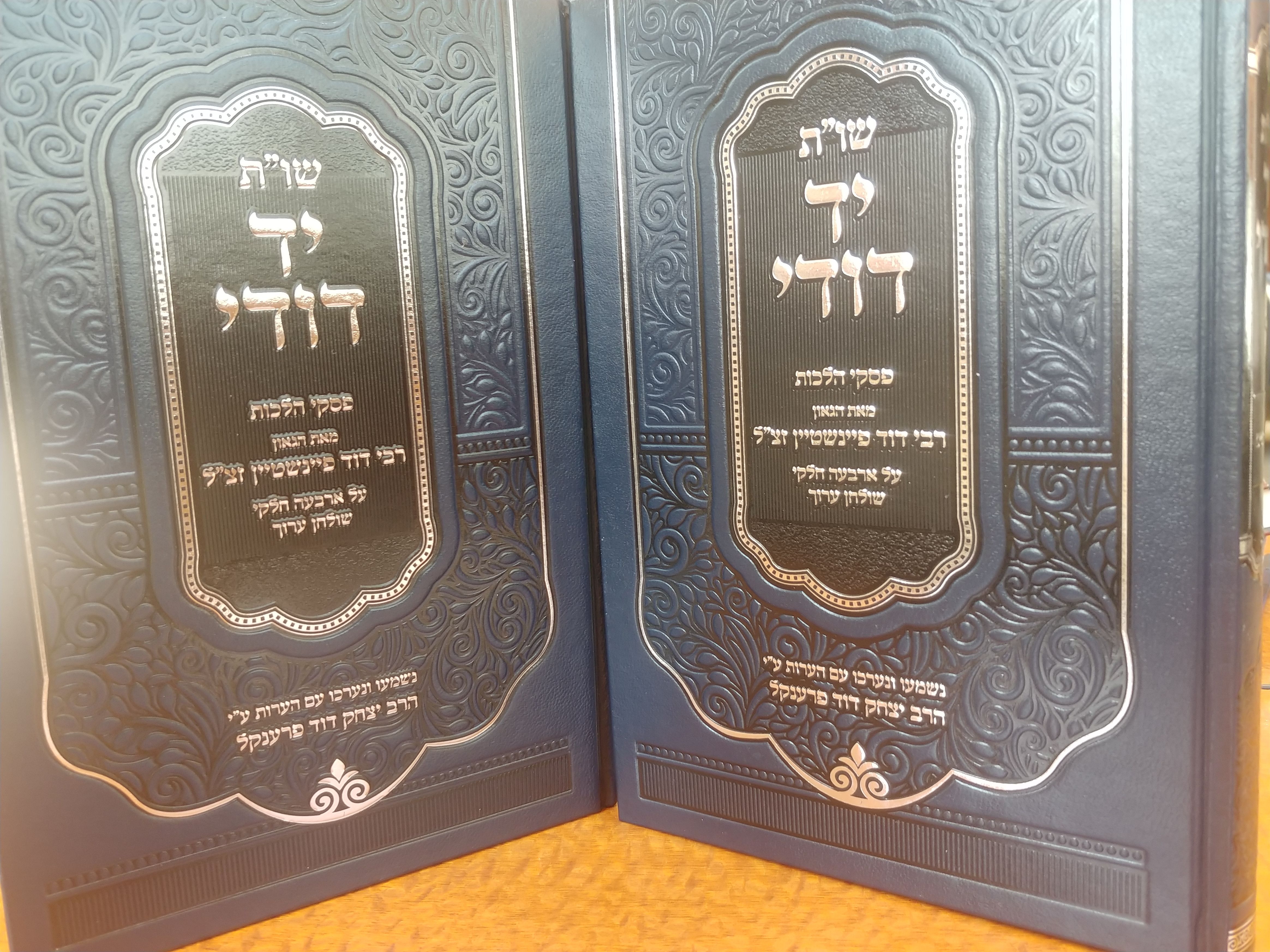 Rav Yitzchok Frankel shlita, the Rav of Agudath Yisroel of Five Towns in Cedarhurst, is one of the leading talmidim of both Rav Moshe Feinstein zt”l and of his son Rav Dovid Feinstein zt”l.  And, fortunately, Rav Frankel kept meticulous records of the shailos that he and others had posed to Rav Dovid.

This week, Boruch Hashem, Rav Dovid’s rulings on four sections of Shluchan Aruch has been printed in a beautiful two volume work 679 page, entitled, “Shailos uTeshuvos Yad Dodi” with footnotes from Rabbi Frankel (Volume I has 282 pages Volume II has 252 pages and there are 96 pages of indexes).

There are some fascinating rulings in the Sefer, including the following:

There is also an entire section on weddings and sheva brachos.

There are three rulings for diabetics:

As an aside, Reb Dovid was once asked how hatzolah organizations should rule in regard to a dispute between the Mishna Brurah and the Aruch haShulchan. The issue is in a case of Pikuach Nefesh, a life- threatening matter, but it is not exactly an emergency – in other words there is plenty of time to deal with the situation and no one is in a state of panic or chaos. Do we attempt to minimize the Shabbos violation in such a case? Should we try to do it through a gentile, or to perform what needs to be done in a manner that only involves a Rabbinic violation?

When there is plenty of time, and there is no concern of danger of any sort if there is a delay, the Ramah rules (OC 328:12) that we do attempt to minimize the Shabbos violations. While the other view (that of the Bais Yoseph and the Rambam 2:11) is that no minimization is required, Ashkenazic Jewry has followed the custom that we do minimize Shabbos violation when no delay or confusion will be incurred on account of the minimization. This is the view of the Raavya cited in the Ohr Zaruah, the Shiltei Gibborim, and the Maggid Mishna (Hilchos Shabbos 2:11 citing the Ramban) and is cited by the Ramah as the authoritative halacha. This also seems to be how the Mishna Brurah rules. The Aruch HaShulchan adopts the Beis Yoseph’s view.

Reb Dovid answered that the question cannot be answered across the board – each Posaik of each hatzolah should pasken in accordance with his community. However, Reb Dovid stated that he himself would pasken like the Aruch HaShulchan.

*** Please Subscribe to an Exciting Weekly Parsha Sheet on the Topic of Emes written by the reviewer, Rabbi Hoffman***   Send an email to  [email protected]