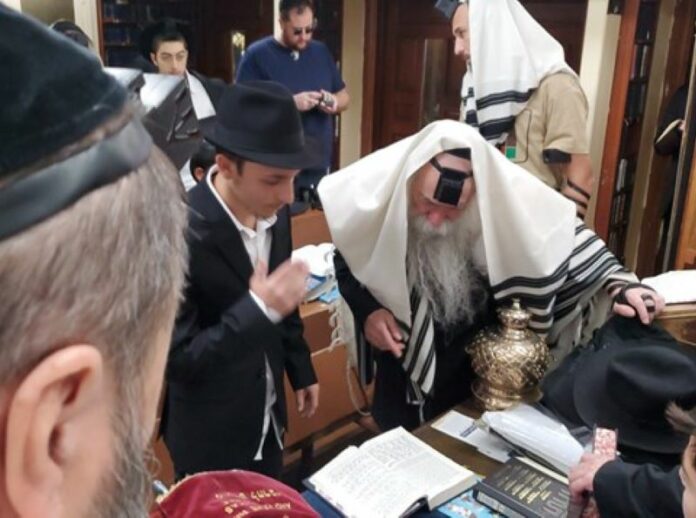 Menachem Palace, a Lubavitcher chassid from Crown Heights who was lightly injured on Motzei Shabbos in the terror attack near the Kosel, has already returned to New York.

Palace landed at JFK on Monday morning and immediately went to daven Shacharis at 770, where he bentched HaGomel.

Palace, who was in Israel on a visit, was sitting by the window when the terrorist began shooting. He later told Israeli media outlets that due to the adrenaline from the incident, he didn’t even feel the bullet that had penetrated his shoulder and only knew he was injured when he saw blood on his shirt.

He was evacuated to the hospital, where doctors removed the bullet, and Baruch Hashem, he felt fine afterward and had no pain.