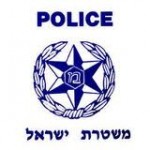 In light of rock-throwing and Arab violence on Har Habayis, the holy site has been closed to visitors. One policeman was lightly injured in the morning violence.

Clearly those behind the violence achieved their goal, the closure of Har Habayis to non-Muslims on chol hamoed. The Arabs are aware that many Jews planned to visit Har Habayis on chol hamoed and they prevented this by their actions.

It must be noted that according to the Poskei Hador one is absolutely forbidden to visit the Har Habayis, and there is an Issur Kares for one that goes there.

Five years ago on Sukkos, President Shimon Peres paid a visit to the Sukka of Maran HaGaon Rav Elyashiv ZATZAL, where Rav Elyashiv called on the President to prevent Jews from visiting Har Habayis, stating it is an act that that is viewed as extremely provocative by the goyim. Maran stated everything possible must be done to avoid a religious war, and the provocateurs are playing with fire.

Maran is quoted as explaining to the president that Halacha forbids going onto Har Habayis but today, it is more than this, it is an act that may lead to a religious war and bloodshed.