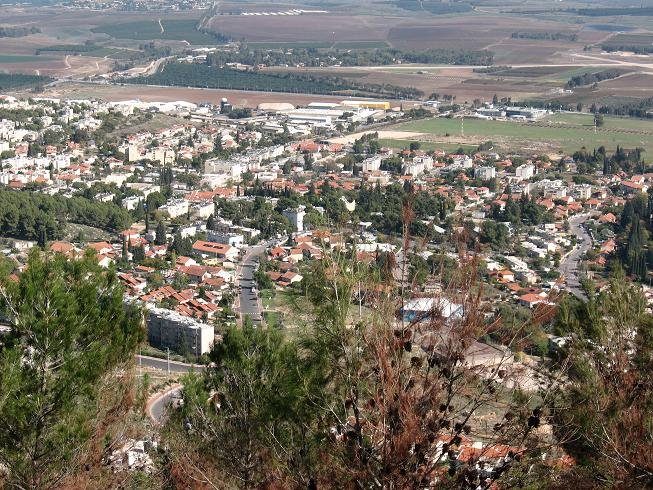 The Prime Minister said, “These are important decisions that will strengthen Qatzrin, the capital of the Golan Heights and the Chatzor HaGlilit Local Council and boost their economic strength. Given recent events on the Golan Heights, there is a special need to strengthen the communities there. These steps will assist in developing local infrastructures in these areas”.

Katzrin
Today, the Cabinet approved Prime Minister Netanyahu’s proposal for a multi-year plan to strengthen the Golan Heights town of Katzrin. The 65 million NIS plan will be spread over 2015-2018 and is designed to encourage the growth of the community and attract new residents, with an emphasis on a younger population.

The main points of the plan are:
1) Strengthening the image of Katzrin and attracting new residents – Activity to strengthen the image of the community and increase public exposure to it, develop informal education so as to expand employment possibilities for parents, and create a commercial initiatives center for new immigrants;
2) Tourism – Increased grants for the construction of guest houses, development of commercial tourism initiatives and investment in tourism infrastructures;
3) Education, society and community – Development of a student community while providing housing solutions and strengthening urban infrastructures in the town center, advance the existing master plan and expand a waste recycling project, and foster links between the Katzrin Local Council and the Golan Heights Regional Council by developing agricultural-educational initiatives and paving bicycle trails between outlying communities and Katzrin.

Chatzor HaGlilit
Today, the Cabinet approved Prime Minister Netanyahu’s proposal for a multi-year plan to strengthen Chatzor HaGlilit. The 50 million plan NIS, which was also submitted by Interior Minister Gideon Saar will be spread over 2015-2019 and is designed to strengthen the Chatzor HaGlilit Local Council. The ramified plan emphasizes the development of tools to increase local economic activity and create sources of income. The plan is designed to strengthen the local council’s economic independence. The inter-ministerial plan includes the Interior, Finance, Negev and Galilee Development, Economy, National Infrastructures, Transportation, Construction and Housing, and Education ministries.

The plan is based on 1) Increasing Chatzor HaGlilit’s economic strength by using a series of tools to boost the local council’s economic and organizational independence; 2) Strengthening the status and image of the Chatzor HaGlilit Local Council as an attractive community focus in the Galilee by using tools to attract initiatives, population and additional elements in order to encourage growth in the upper Galilee; and 3) Focusing the government’s efforts in Chatzor HaGlilit by creating assets to effect changes in the local council.

The main points of the plan are:
1) Building commercial, tourism, recreational and sports facilities – this includes developing the Cardo area as a commercial center and long-term source of income for the local council;
2) Economic development – Enacting professional training plans and strengthening small businesses;
3) Community and tourism – Rehabilitating the quarry area as a center for active recreation, rehabilitating older neighborhoods and plans to expand informal education;
4) Sports – Building a regional sports complex in Chatzor HaGlilit;
5) Strengthening the local council’s operational and economic functions.

Both decisions are in continuation of a decision by the previous government to promote pilot projects for socio-economically strengthening local councils in the periphery, including Katzrin, Chatzor HaGlilit and Yerucham (which was dealt with in a Cabinet decision last year).