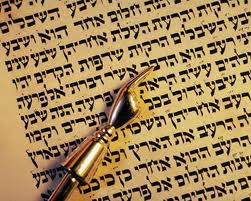 As a z’chus of Limmud HaTorah for the three kidnapped Yeshiva students, Yeshiva World News and 5TJT have launched a special parsha sheet that includes an overview of each week’s parsha as well as life lessons culled from the Gedolei HaMeforshim on each week’s Sidrah. It may be downloaded as pdf and can be read at the Shabbos meals. May Hashem send us nechamos bimheira b’yameinu, Amain.

This Sidrah has ten Parshios.

Instructions given regarding the Parah Adumah – the Red Cow.

The Parah Adumah is the means of purifying ourselves from the impurity of coming in contact with the dead.

The death of Miriam and the lack of water.

Rashi explains that the connection between these two points shows that it was through Miriam’s merit that we had water throughout our time in the desert.

The Kli Yakar explains it slightly differently.  He says that we were punished because we did not adequately eulogize Miriam.  We see from here how important it is to appreciate our leaders and teachers.  If we do not, we are worthy of punishment.

Moshe Rabbeinu being told to speak to and draw water out from a rock.

The Meforshim ask:  What were they to have said to the rock?  The Netziv in his HeEmek Shailah explains that they were to Darshan words of Halacha and Mussar in front of the rock so that the future generations would know exactly what to do when faced with problems.  We see from here the power of strict adherence to Halacha and the importance of Mussar in examining the direction that our life is taking.

Moshe Rabbeinu and Aharon’s punishment for not doing what Hashem wanted of them.

What was there sin exactly?  The Be’er Yitzchok cites the Ibn Ezra as saying that they did not sanctify Hashem – but rather inadvertently allowed the nation to think that it was Moshe who had performed the miracle and not Hashem.  We see from here the very very dangerous nature of allowing personal charisma to enter into things and not allow the Dveikus of connection to Hashem.  Even a Moshe Rabbeinu who was Anav mikol Adam, more humble than any other can err, ever so infinitesimally, in this notion.  How much more so must we be careful.  The focus must be totally and uniquely on Hashem.

Klal Yisroel’s facing Edom and requesting to cross their land

Edom’s response was violent – “Do not cross lest I come out with sword against you.”  The Chezkuni explains that they are a violent nation and for the slightest reason will awaken to battle those who pass by.  We can learn from the fact that the Torah taught us this, according to the Chezkuni, the importance of being reasonable ourselves and the importance of not engaging aggressive crazy people.  This is seen from the fact that Moshe avoided war with them.

The Pasuk takes pains to point out that all of Israel mourned him.  Who does this come to include?  Rav Meir Simcha of Dvinsk – the Meshech Chochma explains that even the accidental killer at that time who went free at the death of the Kohain Gadol was saddened at the event.  Seemingly, even he would have preferred that the death not happen and he not have his freedom.  Such are the effects of those who pursue peace!  Especially those who pursue peace between husband and wife (See Rashi Dvarim 34:8).

The Torah introduces this section with the words, “And C’naan heard.. and battled Israel.”  What exactly did C’naan hear?  Rashi explains that he heard that Aharon had died and the protective clouds of glory which were in his merit were no longer present. We see from here, once again, how much we must appreciate the leaders in our midst.

Further journeys, the snakes and Moshe holding up the Protective Copper Snake

The Bnei Yisroel were complaining about the travel, the Man and the lack of water.  Hashem brought snakes to punish them.  Why did Hashem specifically punish them through snakes?  The Malbim answers that they rejected food from Heaven in favor of bread from the ground, thus Hashem brought snakes, whose bread is the earth of the ground.  We see from here, the extent of the Mida kneged Mida that Hashem uses to run the world.

The Song of the Well

Hashem provided Klal Yisroel with a well.  The verse then says, “Az Yashir Yisroel.”  Why did they sing Shira specifically then?  The Malbim explains that they sang it because Hashem had provided it for them without them even having asked for it.  We see from here both how effective it is to anticipate the needs of others, and that we too should do so, emulating the qualities of Hashem.

When Moshe sent a message to Sichon about crossing he used the singular form of the word to cross, “E’ebrah.”  Why did he use this form when he was referring to all of Israel crossing?  The Ramban explains that Moshe did this as a form of placating.  We see from here that we should always use speak softly and gently whenever  dealing with others.