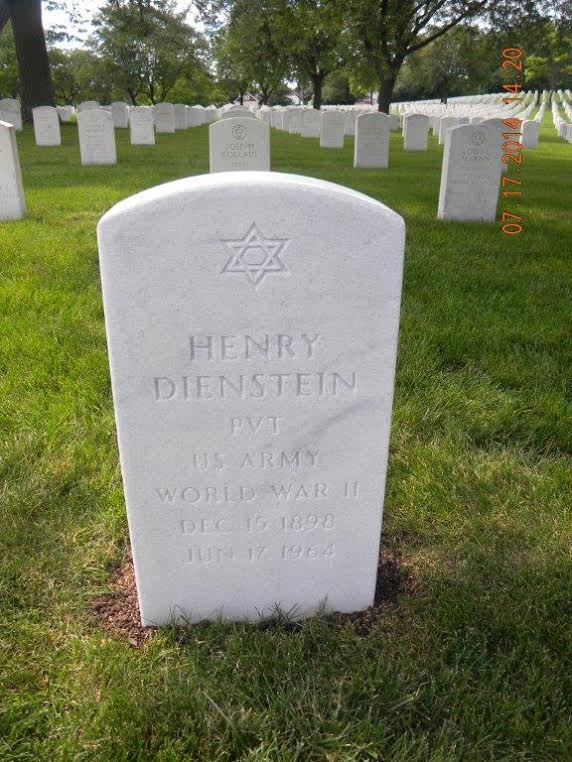 After a Queens rabbi discovered that the grave of his distant relative, a Jewish World War II soldier, was marked with a Christian cross instead of a Star of David, U.S. Senator Kirsten Gillibrand immediately urged the Department of Veterans Affairs (VA) to ensure that the soldier’s resting place is properly honored by replacing the incorrect symbol with the Star of David on his headstone. A headstone, known as matzeivah, signifies the final resting-place of a Jewish person. It is Jewish custom to show honor toward the deceased by marking the grave with a headstone or monument.

“We pay tribute to Mr. Dienstein’s courageous service in defense of our nation in World War II,” said Senator Gillibrand. “This headstone will ensure that Mr. Dienstein’s memory is rightly honored.”

“Nearly half a century passed before one of our prized World War 2 veterans, Henry Dienstein, received his final farewell which appropriately reflects his Jewish faith. We only found out about it, weeks before the final 50 year deadline to correct this grave mistake and time was of essence,” said Rabbi David Niederman, President of The United Jewish Organizations of Williamsburg and North Brooklyn. “We are tremendously grateful that Senator Gillibrand did not waiver for a moment, and sprang into action immediately when we brought it to her attention, taking on and successfully completing that mission.”

Rabbi Avrohom Richter, resident of Howard Beach, Queens and the director of Chabad of Howard Beach, discovered the grave of his distant relative, Henry Dienstein, by chance during extensive research into his genealogy. Mr. Dienstein, who was a private in World War II, is the first cousin of Rabbi Richter’s grandmother. The veteran was buried in Wood National Cemetery, a VA National Cemetery in Milwaukee, Wisconsin.

After discovering the egregious error, Rabbi Richter reached out to Rabbi David Niederman, Executive Director and President of the United Jewish Organizations of Williamsburg, who connected Rabbi Richter with Senator Gillibrand. When the rabbi asked for help, 49 years and 11 months had passed. The VA rules prohibit modifying a memorial after the 50 year mark.

Senator Gillibrand expedited Rabbi Richter’s case with the VA, working closely with Rabbis Niederman and Richter and the decedent’s next-of-kin to provide appropriate paperwork and evidence and immediately requested a proper headstone be replaced. The VA approved Gillibrand’s request and recently replaced Mr. Dienstein’s headstone with one bearing the Star of David.