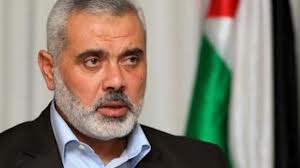 Hamas negotiators are consulting with the terrorist group’s leadership in Qatar on a proposal for a long-term truce with Israel.

Israel and Hamas are observing a five-day temporary cease-fire in an attempt to allow indirect talks in Cairo to continue. The negotiations are meant to secure a substantive end to the monthlong Gaza war and draw up a roadmap for the coastal territory, which has been hard-hit in the fighting.

Hamas is demanding the lifting of the blockade Israel and Egypt imposed after the terrorist group seized power in the coastal strip in 2007.

Israeli officials have largely kept quiet about the negotiations, saying only that the country’s security needs must be met.

Representatives of Palestinian factions in Cairo said Friday that progress was being made.