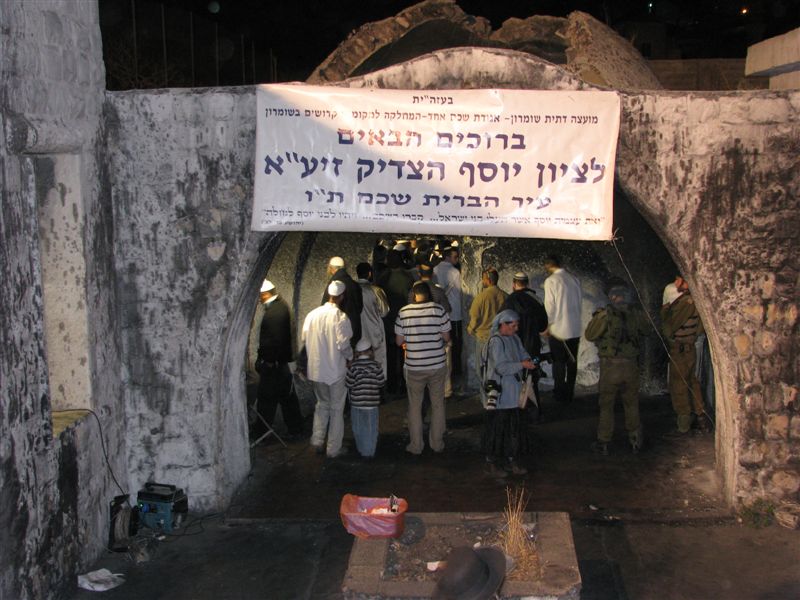 There is much anger in the Shomron being directed at Education Minister Shai Piron, who canceled a slichos visit to Kever Yosef involving 550 talmidim from all areas of Israel. The event was to have taken place on Tuesday night the eve of 7 Tishrei. The permits from the relevant ministries and IDF were all in place, but Piron intervened to cancel the event.

Yeshiva high school students from areas around the country were planning to take part in the special slichos. Dr. Phillip Twitto, the father of a 9th grader in Yerushalayim’s Netiv Meir Yeshiva explains “I moved here from France nine years ago so that I could be a Jew without feeling ashamed and without apologies…I am very angry at the minister who permits himself to prevent the trip for reasons that are not relevant to the matter. The talmidim were going to daven in this historic holy site and all the necessary permits to allow the event were in place”. Similar statements were made by parents of other students from this and other yeshivos.

Shomron Regional Council head Gershon Mesika was furious, decrying “the involvement of politics in tefilos of Jews at Kever Yosef. Preventing Jews from davening at this holy site on the eve of Yom Kippur is an act that should not occur. Yosef HaTzaddik is the symbol of the connection between Am Yisrael and Eretz Yisrael…”

Asked to respond, the Ministry told the press “The ministry does not permit entry into areas “A” (under exclusive PA rule) and therefore the trip was not permitted”.