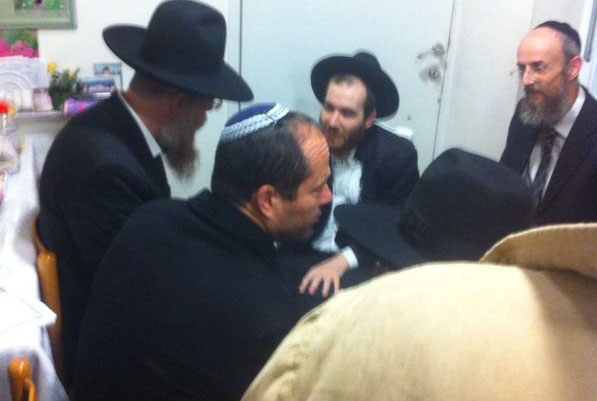 Mrs. Bashi Twersky, the almona of Rabbi Moshe Twersky HY”D who was among the murdered in the massacre in a Har Nof shul, told Jerusalem Mayor Nir Barkat during the latter’s motzei Shabbos shiva visit that her husband died “in kedusha and tahara”.

“That morning he went to mikvA and he died wearing tallis and tefilin after reciting Kriyas Shema, during Shmona Esrei.