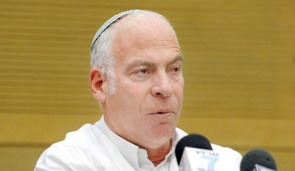 The Tekuma party’s central committee on motzei Shabbos the eve of 29 Kislev ratified Uri Ariel’s call to sign a deal with Naftali Bennett and to remain in the Bayit Yehudi party in the upcoming election. The ratification of the deal came after weeks of negotiations and deliberations.

The decision by Tekuma makes the deal final. As a result, the Tekuma faction is guaranteed the 2nd, 9th, 14th and 18th positions on the Bayit Yehudi list.

The decision is seen as a major blow to Eli Yishai, as many expected Ariel to heed the words of HaGaon HaRav Dov Lior Shlita, his rav, who instructed him to break away from Bennett and move to Yishai and former Bayit Yehudi MK Yoni Chetboun, as the latter joined forces with Yishai.

Chetboun issued a statement that they respect the decision of Tekuma “but the nation needs achdus, achdus between Ashkenazim and Sephardim as well as chareidim, dati leumi, chardal and those who are traditional…”