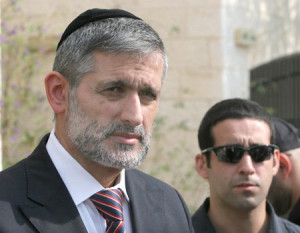 Yachad-Ha’Am Itanu party leader MK Eli Yishai calls on Prime Minister Binyamin Netanyahu to oust Likud MK Yoav Kish, number 19 on the lineup, who on Sunday expressed support for the division of Yerushalayim. Yishai warns the prime minister that his failure to remove Kish from the party list well send voters an unwanted message, that Likud support the division of the capital, and this could cost the party votes in the election.

Kish expressed his support for the “sane moderate right-wing”. The prime minister’s election officials reiterated that Likud stands for a united Yerushalayim, which remain as Israel’s capital.