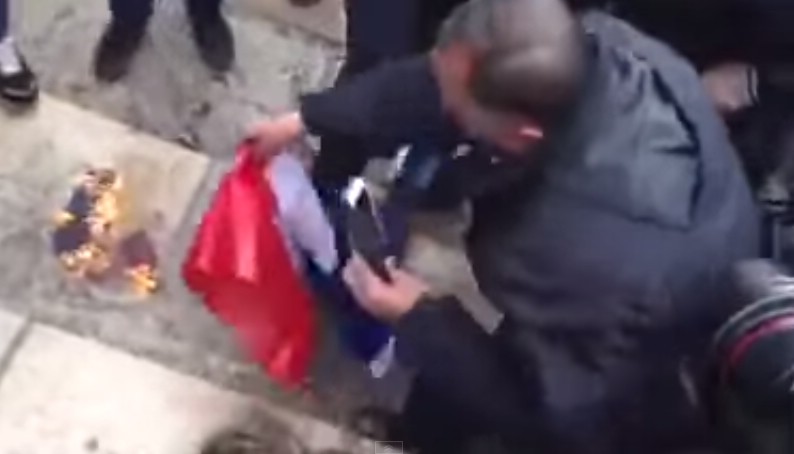 The anger of the Israeli Muslim community has shifted from Israel temporarily and turned to France. Islamic burned the French national flag and shouted insults on Har Habayis in response to recent events in that country.

Israel News reported on Sunday morning 27 Teves that French authorities buried one of the Charlie Hebdo terrorists, Cherif Kouachi, and the location of the grave will not be revealed to prevent it from becoming a Muslim pilgrimage site. French officials did report that the burial was near a cemetery in Gennevilliers, where he used to live.