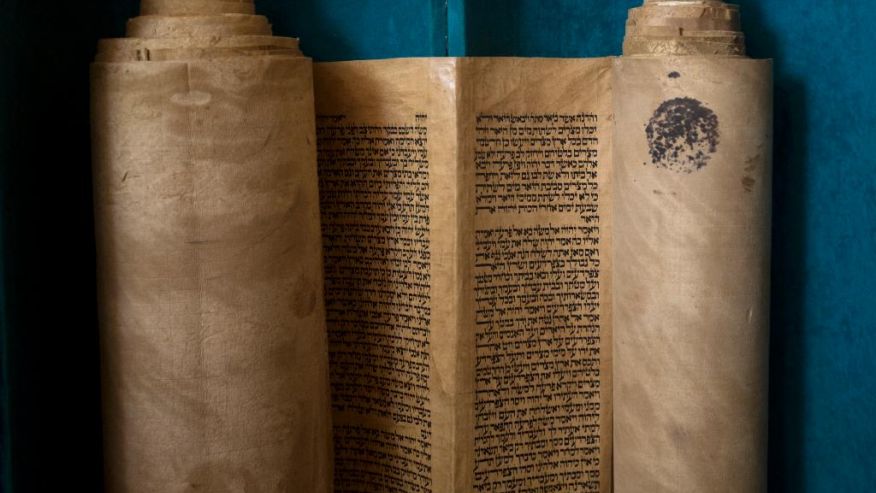 The scroll is believed to have been found during the 2003 Iraq War in Iraqi intelligence storage. But Israeli officials offer different theories for how it arrived in Israel, where it was installed Thursday in a synagogue at the ministry in Jerusalem.

Israeli Foreign Minister Avigdor Lieberman said the scroll “represents the fate of the Jews.” Jews have been persecuted, he said, but “in the end they come to Israel.”

The scroll, written in Hebrew in pomegranate ink, has been restored.

The scroll is a remnant of Iraq’s 2,500-year-old Jewish community, one of the world’s oldest, which all but disappeared when large numbers of Jews left following Israel’s founding in 1948.