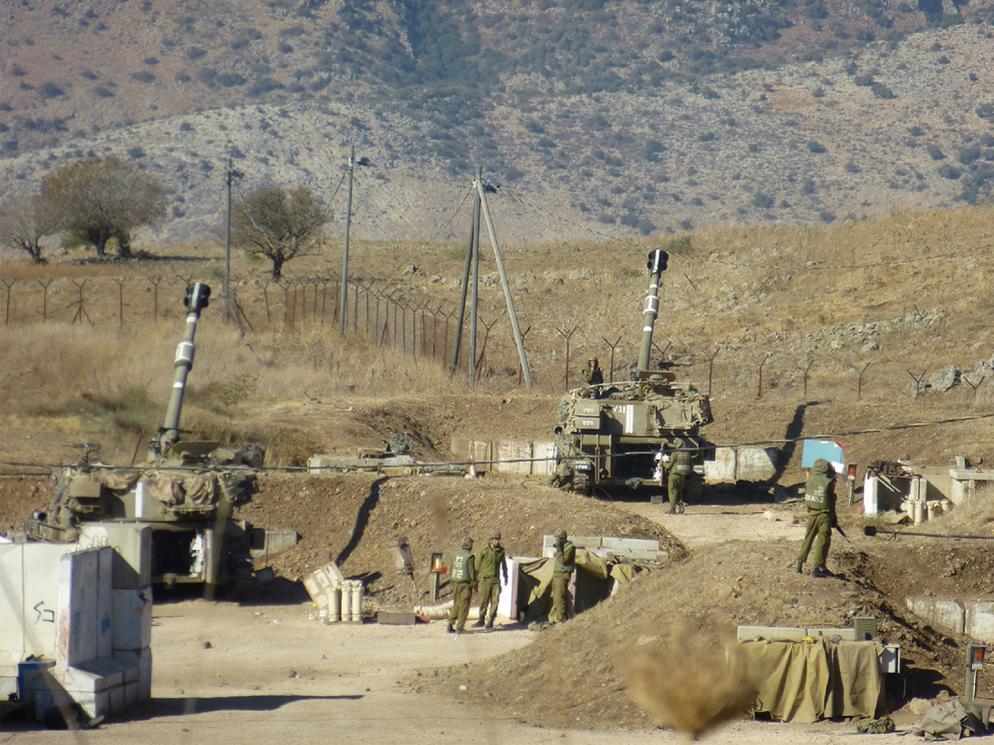 At approximately 11:30 AM Wednesday morning 8 Shevat, a number of Kornet advanced anti-tank rockets were fired from S. Lebanon at IDF vehicles patrolling in the Har Dov area. Two vehicles were struck and IDF soldiers and civilians were injured, some in serious and critical condition. The IDF late in the afternoon confirmed seven wounded. That number according to all other reports is higher as Ziff Hospital in Tzfat reported four soldiers in light and light-to-moderate condition were being treated. The seriously wounded were flown by chopper to the trauma center of Rambam Medical Center in Haifa.

One rocket fired by Hizbullah made a direct impact on a home in Kfar Ghajar, along the N. border. A home went up in flames. Miraculously there were no deaths or injuries. Israel Police and the IDF began shutting area roads. The Mount Hermon ski resort was ordered closed for a second consecutive day as mortar shells began landing in that area. Visitors to the ski resort, Banyas and other area nature reserves were instructed to leave the area. Metula residents and area communities were under lockdown for a period of time, as was Tel Chai College in the border city.

The IDF response was quick as artillery fire was immediately directed to the area of the origin of the attack. Israel Air Force fighter planes were in the skies in minutes and they continued patrolling the Har Dov area.

It is pointed out that Hizbullah opted to attack the Sheba Farm area, a border that is viewed as disputed in the international community as opposed to attacking an areas viewed as a sovereign Israeli border. In messages to the international media, Hizbullah stated the attacks were in retaliation for the recent attacks in Syria that eliminated a senior Iranian commander as well as a senior Hizbullah commander. These attacks are being attributed to Israel but Israel has never commented on them or accepted responsibility in any way.

The hours that followed were tense as Hizbullah shells continued raining over the border. They were met with ongoing IDF artillery fire as well as IAF surgical strikes in S. Lebanon. The experts explain the response was “automatic” as the IDF has the green light to respond to such assaults and always maintains a ‘target bank’ for the air force for these types of situations.

A member of the United Nations UNIFIL peacekeeping force in S. Lebanon, a soldier from Spain, was killed by IDF artillery fire according to Lebanese media reports. This has not been confirmed by Israel.

As the news of the attacks broke Prime Minister Binyamin Netanyahu was attending a cornerstone laying ceremony in the southern city of Sderot. As it became clear the situation was escalating, the prime minister cut his visit short and gave the order to head to the ‘Kirya’ Defense Ministry in Tel Aviv. Defense Minister Moshe Ya’alon and IDF Chief of Staff Lt.-Gen. Benny Gantz did the same. Later in the day Gantz appeared along the northern border to get a first-hand look at the situation and to confer with his Northern District Commander.

Even if elections were not less than 50 days away the situation would be complicated. On the one hand, Israel is compelled to respond firmly if Jerusalem wishes to maintain the deterrence achieved during the Second Lebanon War in 2006. On the other hand, the prime minister is not seeking to order an offensive or launch a major military operation, especially with the elections weeks away.

Hizbullah is far better prepared and equipped than Hamas in Gaza and an all-out offensive would involve the entire nation. The experts all agree, stating Hizbullah had to “retaliate” for the attacks credited to Israel but the terror army does not want to go another round with the IDF. Lebanese officials are angry at Hizbullah for bringing another round of IDF bombardments to the country.

The political community stands united at opposition leader Yitzchak Herzog, Tzipi Livni and a number of others have already released statements backing the IDF response. They announced to the media that cross-border attacks cannot and will not be tolerated.

The Arab League did not waste time, turning to the United Nations to intervene urgently and immediately to “prevent a deterioration of the situation between Israel and Hizbullah”.

A tense quiet prevails along the northern border at this hour. The prime minister continues his consultation and an additional IDF response is expected, possibly today.