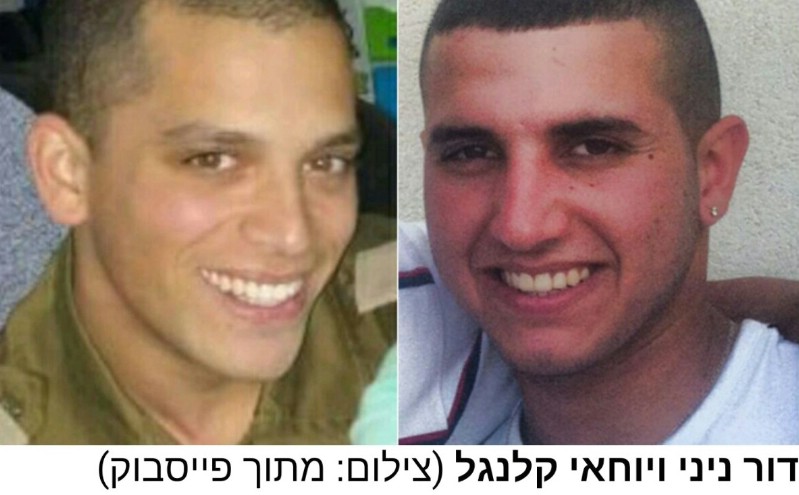 The names of the two IDF soldiers killed in the Hezbollah strike this morning have been released: Staff-Sergeant Dor Chaim Nini, 20, from Shtulim, and Major Yochai Kalangel, 25, from Har Gilo.

Kalangel was a company commander in the Tzabar Battalion of the Givati Brigade.

Dor Nini, 20, will be laid to rest tomorrow in Moshav Shtulim, where he grew up.

Today, January 28, 2015, anti-tank missiles were fired at military vehicles near Mt. Dov in northern Israel. Two IDF soldiers were killed and an additional seven were wounded in the attack.

Additionally, mortars hit a military position on Mt. Hermon. IDF forces closed the tourist site nearby and evacuated civilians from the area.

The IDF said in a statement that they hold Hezbollah responsible for today’s attacks and responded with combined aerial and ground strikes at Hezbollah operational positions.