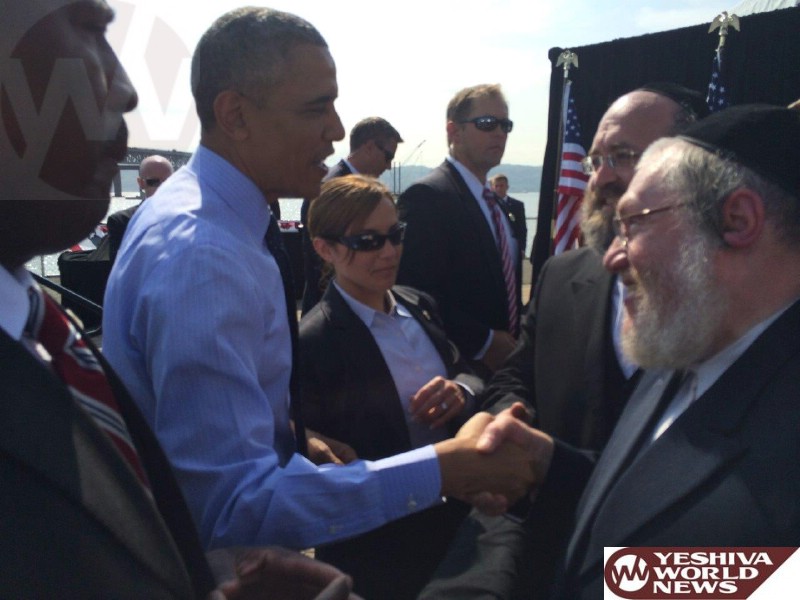 As the controversy grows surrounding the upcoming Netanyahu speech to a joint session of Congress, a letter written by the Mayor of the Satmar Hasidic community of Kiryas Joel is adding fuel to the fire.

Interestingly, Wieder advises Rep. Maloney to see a radical Neturei Karta-affiliated website for information about what Torah ideals are. This website is affiliated with the same people who attended the Holocaust denial conference in Iran. [SEE NOTE BELOW]

This is not the first time Wieder has mixed into Middle-East politics. In 2009, YWN reported that Wieder praiser President Obama for his “noble efforts” to stop the “senseless bloodshed” in the Middle East.

Wieder wrote that letter in reaction to the anti-Obama rhetoric of some religious pro-settler organizations, which had become increasingly vocal as the Obama administration continued to push the Israeli government to curb settlement growth in the West Bank as a prerequisite for a peace settlement.

The following is the letter written by Mayor Wieder to Rep. Maloney:

The core theme in Judaism is strict adherence to true Torah ideals and Jewish people, the world over and through the ages have identified and continue to identify with this philosophy. and your constituents in the village of Kiryas Joel, home to almost 25,000 orthodox Jews, all the more so.

Torah ideals guide us to be loyal citizens in our country of residence, to respect our elected leaders and to pray for their well being and prosperity ( for further insight visit TrueTorahJews.com) We were therefore utterly dismayed by Israeli PM Netanyahu’s agreeing to address a joint session of congress without first obtaining the presidents consent and without even the courtesy of consulting the White House.

Netanyahu’s acceptance signaled his intent to challenge the presidents foreign policy on american soil. His unprecedented actions are direct insult to the office of the president.

The intent of this letter is three fold; first to defend the honor and prestige of the office of the the president; second to decry Netanyahu’s breach of diplomatic protocall and last but not least to repudiate his claim to be the spokesman of the Jewish people. Neither he nor his state represent world Jewry.

Therefore, on behalf of our joint constituents, I respectfully request that you not attend Netanyahu’s address. Your absence would send a clear message that your constituents’ want no part of Netanyahu’s callousness towards the office of the president.

NOTE: Neturei Karta has a long history of embracing the most vile Hitlers of our time. Yisroel Dovid Weiss of New York has hugged and kissed Hezbollah commanders, as well as with former Iranian President Ahmadinejad. Weiss infuriated Jews around the globe when he attended the Holocaust denial conference in Iran in 2006. Read his speech that he delivered in Iran in 2006. 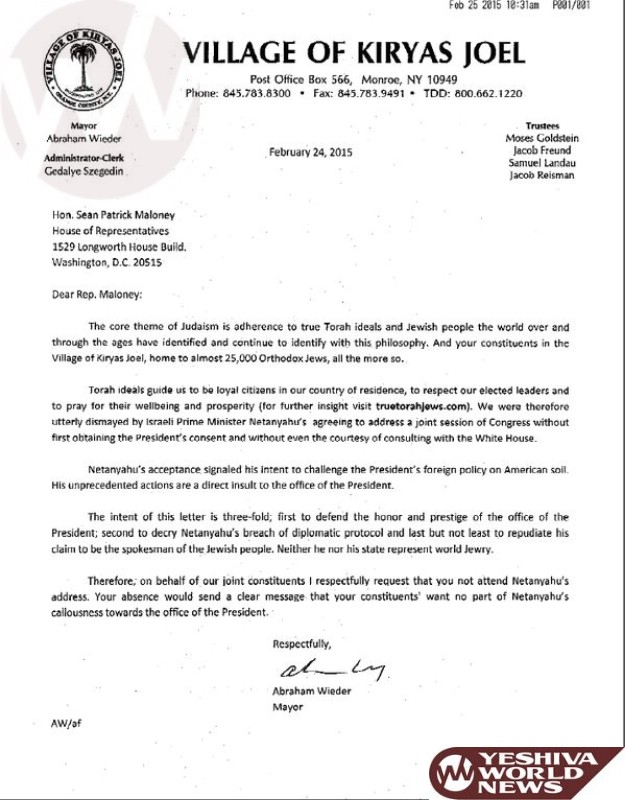