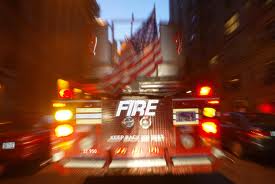 FDNY is on scene of a partial building collapse at 642 West 57 Street and 11th Avenue. The building is three stories and is under construction. FDNY EMS reports that all construction workers have been accounted for. There is one person injured – and does not appear to be a serious injury.

FDNY has transmitted a major collapse response, and the NYPD has called for a Level 1 Mobilization Response.