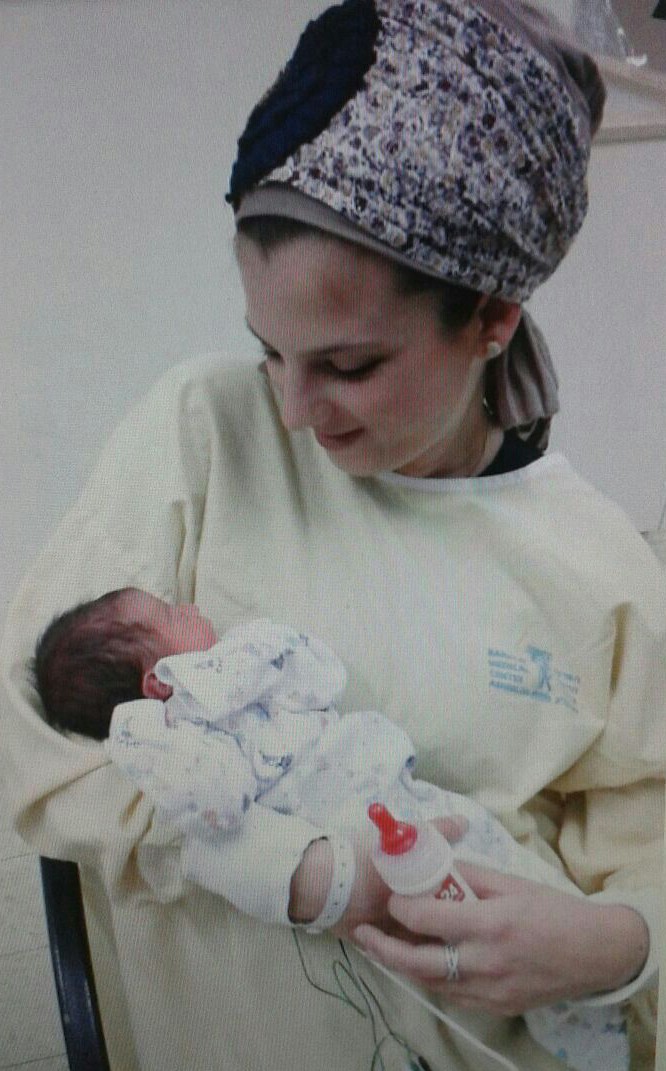 MAZEL TOV: Mrs. Moriah Arami, wife of skyscraper window washer Netanel Arami HY”D, 27, gave birth to a health girl in Barzilai Hospital in Ashkelon. Needless to say, the event was bittersweet as her young husband was murdered by Arab terrorists when they cut his rope, leading to him falling to his death. Police initially ruled the death accidental but the perseverance of the family compelled police to conduct a proper investigation, which lead to uncovering the evidence.

Mrs. Arami arrived on erev Shabbos parshas Vayikrah. The baby has since been named Efrat. Mrs. Arami reports the baby weighed in at 2.1kg (4.6 lbs.), born prematurely. Mom and the baby are still hospitalized.

After a Honenu attorney represented the family, a court compelled a new reality and police investigated and learned that Netanel’s fall from an 11th story window was not an accident, but an act of terror.