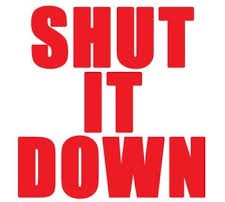 Hundreds of people took part in a protest earlier this week against Rabbi Aaron Ramati and his Be’er Miriam Seminary located in the Sanhedria neighborhood of the capital. Mrs. Miriam Vaknin was among the pained mothers, explaining their daughters are over 18 and have been influenced by the rabbi to close out their families and remain secluded in the school, cut off from any outsiders. Mrs. Vaknin painfully shouted “They took part of my body but Hashem and Rochel Imeinu are with me and ultimately, I will be victorious”.

Numerous rabbonim and gedolei yisrael have come out against the rabbi and his seminary, which distances the young women from their families and communities. In some cases, young frum girls who are not accepted elsewhere opt to enroll in this school and now pained mothers and family members cried for their daughters to return home. This is the case with one student who was turned away by schools in her home community of Modi’in Illit.

Dozens of police were on hand to maintain order and prevent parents and family members from entering the school. Former Shas MK Nissin Ze’ev spoke at the protest, calling on authorities to shut the school down. “We must understand that every young lady in the school is a prisoner by the hands of this man. She will only have good things to say about the school as captives are compelled to do. I have personally heard testimony from girls who left as well as from their families. This is a cult in every sense of the word”.

Some family members report that girls are often compelled to sleep on chairs, and at times that are summoned ‘for consultations’ with the rabbi in the middle of the night.

MK (Yesh Atid) Dr. Aliza Lavie is calling on authorities to take immediate action to shut down the school. She calls the school “a dangerous cult”, citing Maran HaGaon HaRav Ovadia Yosef ZT”L and Maran HaGaon HaRav Sholom Elyashiv ZT”L were against the school too. Lavie stated rabbonim three years ago called to close the school, which continues operating today. Lavie promises parents she will continue working towards the closure of the school.