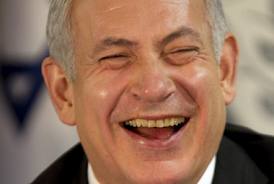 US Undersecretary of State Wendy Sherman has sent a clear message to Prime Minister Binyamin Netanyahu as he works to assemble his new government. The senior US official stated that if Israel’s new administration does not include moving ahead with the so-called “two-state solution” with the PA (Palestinian Authority), there will be clear and serious implications regarding future American support for Israel in the diplomatic arena.

Speaking to an event sponsored by Reform Movement leaders in the US capital, Sherman used the forum to get the State Department’s message across.

“If the new Israeli government is seen as stepping back from its commitment to a two-state solution — something that all of you, and a vast majority of American Jews, support that makes our jobs in the international arena a lot tougher because our ability to push back on efforts to internationalize” she explained, citing the administration’s insistence on the continuation of direct negotiations between Israel and the PA.

Sherman’s message is one of many released by US officials since Prime Minister Binyamin Netanyahu’s party took the national elections, earning 30 seats for his Likud party. Statements released by Mr. Netanyahu against the two-state solution elicited an immediate and stern message from US President Barak Obama and other administration officials. These messages include America may no longer come to Israel’s side to veto anti-Israel resolutions in the United Nations or stand by Israel’s side to prevent economic boycotts if the “peace process” with the PA is abandoned.

Clearly the current US administration would have preferred to see Netanyahu defeated and it is now seeking to influence the formation of the new government as much as possible so that it will be in line with American position.